Liberty Volleyball to Host the 1st and 2nd Rounds of the NIVC, Saturday and Sunday 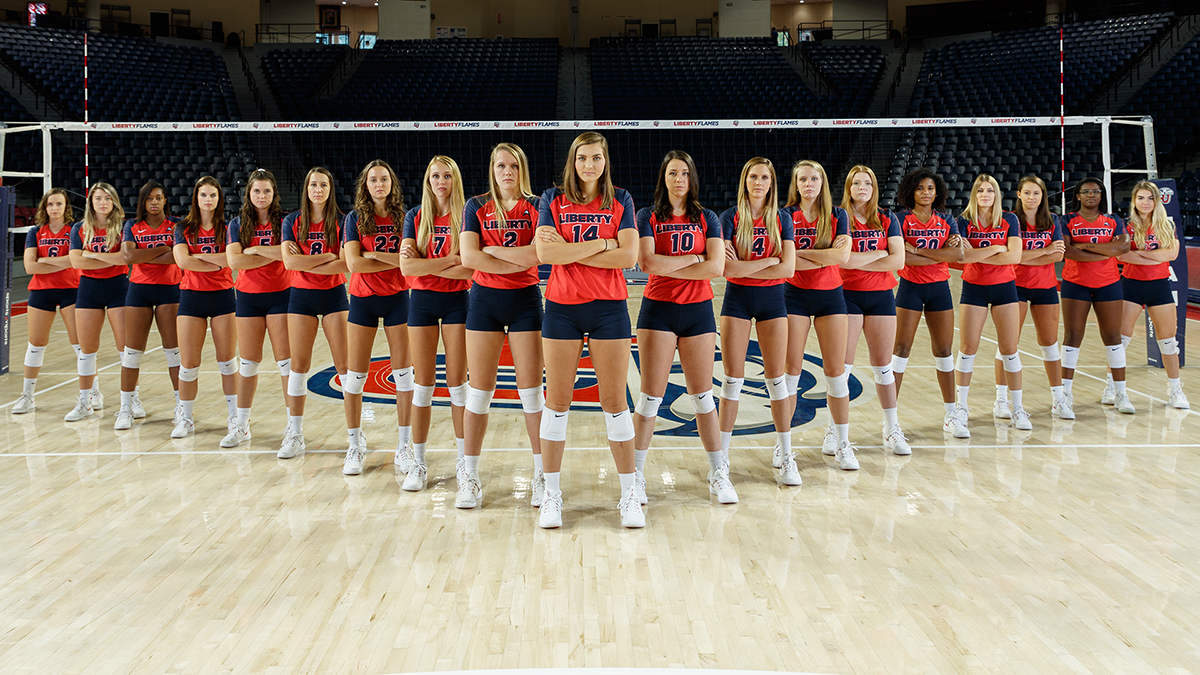 Liberty will face La Salle at 7 p.m. on Saturday in the Vines Center.

The Liberty volleyball team will be making its first postseason appearance since 2012, as the Lady Flames have been selected to compete in the 2019 National Invitational Volleyball Championship (NIVC). Liberty will host first and second round matches on Saturday and Sunday at the Vines Center. The Lady Flames will take on La Salle (15-13) at 7 p.m. on Saturday. The winner of that match will take on the winner of High Point (20-12) and Morehead State (23-9) on Sunday at 3 p.m.

The Lady Flames (19-11) went 11-5 in ASUN Conference play this season, finishing in a tie for third place in league standings. Liberty advanced to the ASUN semifinals for the second year in a row before falling to eventual champion Kennesaw State. The Lady Flames rank 22nd in the nation in blocks per set and for the first time in program history, they have three players (Anna Gragg, Kailey Macy, Casey Goodwin) who have posted 100 or more blocks in the same season.

Admission will be free of charge for all three matches this weekend at the Vines Center.

Saturday's match will mark the latest in the calendar year that the Lady Flames have played. Liberty fell to Notre Dame on Dec. 5, 1997 in their first-ever NCAA Tournament match and fell in four sets at Nebraksa on Dec. 5, 2008. The Lady Flames played on Dec. 2 in both 1999 (at Florida) and 2011 (at Penn State), giving them four matches in the month of December.