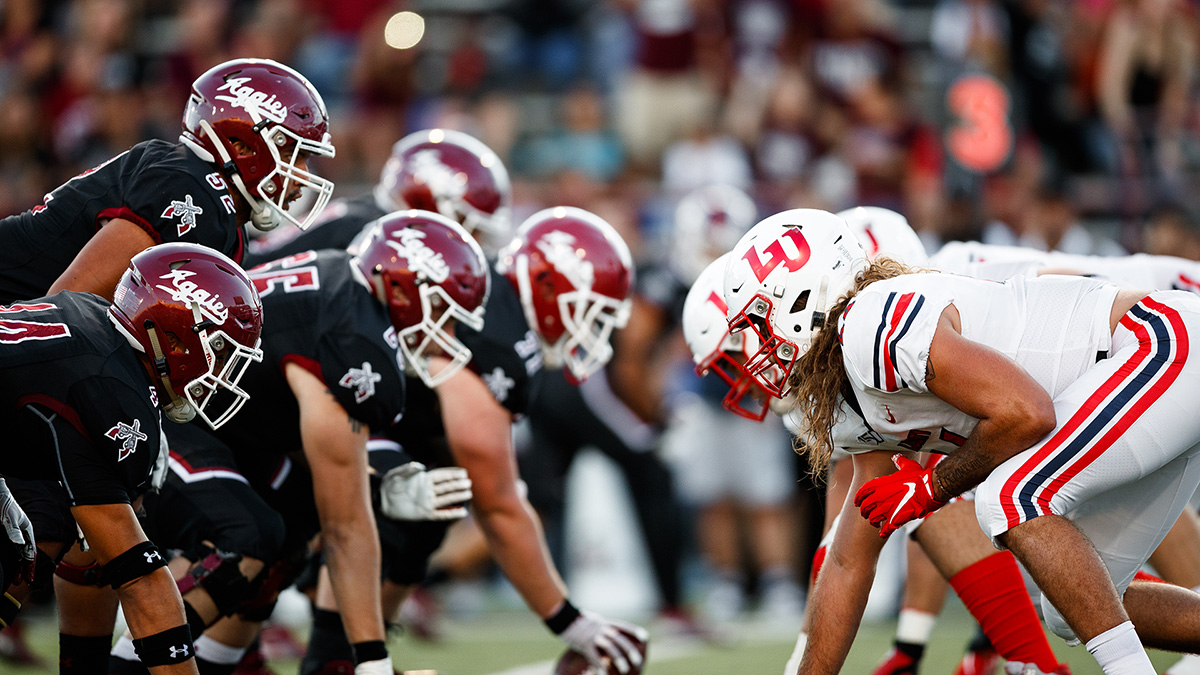 Liberty will look to send its 17-member senior class out with one of the most memorable wins in program history on Saturday when the Flames host the Aggies.

Saturday's Top Storylines
1. Liberty (6-5) will wrap up the 2019 regular season by hosting fellow FBS independent squad New Mexico State (2-9) on Military Appreciation Day and Senior Day.
2. Liberty needs a win on Saturday to wrap up bowl eligibility during its first season as a fully bowl-eligible FBS member. A victory would give the Flames their first 7-win season since 2014.
3. The Flames posted a 20-13 victory at New Mexico State on Oct. 5. Liberty is looking to defeat the same team twice during a single season for the first time in program history and is aiming to improve to 3-1 versus the Aggies over the last two years.
4. Senior QB Stephen Calvert is one of two active FBS QBs with 11,000 career passing yards and owns a 25/5 TD to interception ratio this season. He has thrown for 3,000+ yards for the third straight season and needs 140 passing yards to break his own Liberty single-season record of 3,363 yards set in 2017.
5. Senior WR Antonio Gandy-Golden ranks No. 2 in the nation with 1,304 receiving yards this season and is 76 yards away from setting a new Liberty single-season receiving record.
6. Senior RB Frankie Hickson has recorded a pair of 100-yard games against New Mexico State and is averaging 114.3 rushing yards per meeting with the Aggies. He needs 26 rushing yards to move into the Flames' career top five rushing list.

A Liberty Win Would ...
• Achieve bowl eligibility during the Flames' first season as a fully bowl-eligible FBS member.
• Be the Flames' seventh victory of the season, marking their most triumphs in a single year since 2014 (9-5). It would be Liberty's 17th season of 7+ wins in program history.
• Give the Flames their second victory over New Mexico State this season, marking the first time Liberty has ever defeated an opponent twice in the same year.
• Improve the Flames' record versus New Mexico State to 3-1.
• Give the Flames a 7-1 all-time record in home games against opponents who have traveled 1,000+ miles, including 2-0 this season (also New Mexico).
• Improve the Flames' all-time record in regular-season finales to 28-15, including 10-4 since 2006. It would also give Liberty a 12-2 mark on Senior Day since 2006.

Saturday will mark the Flames' annual Military Appreciation Day at Williams Stadium. On the 75th anniversary of D-Day, Liberty will recognize the "Bedford Boys."

It is said that the county of Bedford, with its county seat the town of Bedford just 30 minutes from the campus of Liberty University, suffered the greatest loss per capita of any community during the D-Day invasion.  The county had around 30,000 people in 1940. Of those, around 4,000 served in World War II. There were 52 men from Bedford County that took part in the invasion of Normandy, of those 41 died in the battles for France.