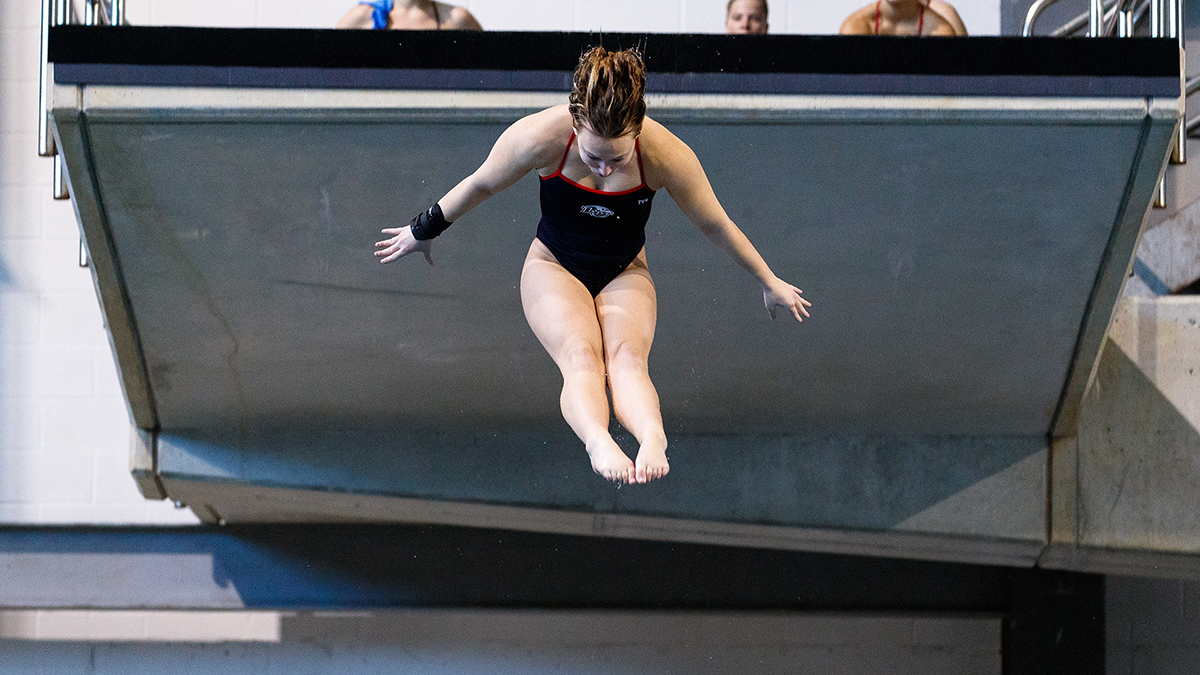 Lauren Chennault was named CCSA Women's Diver of the Week.

Following a record-breaking performance at the TYR '85 Invite over the weekend, Liberty sophomore Lauren Chennault has been named the Coastal Collegiate Sports Association (CCSA) Women's Diver of the Week.

A native of Coppell, Texas, Chennault broke her own program one-meter diving record at the TYR '85 Invite, held at the Liberty Natatorium. On Saturday night, she won one–meter diving with a score of 291.15, breaking her previous record of 289.43. She improved by 30 points from her prelims score of 261.15. Chennault took third place in three-meter diving, scoring 251.95 points in finals. The sophomore finished the weekend's meet by scoring 199.90 points for second place in platform diving.

Chennault is the team's current program record holder in both one-meter (291.15) and three-meter (317.85) diving and has already earned her qualifying scores for the NCAA Zone Championships in both springboard events.