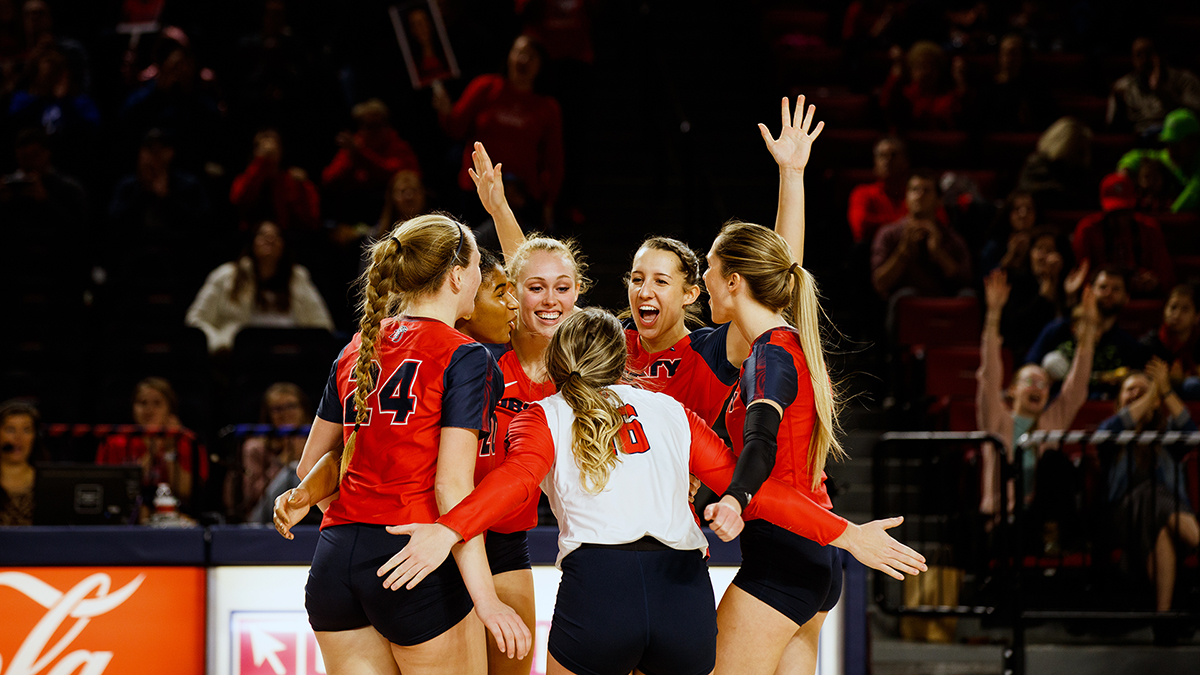 Liberty will open the 2019 ASUN Volleyball Championship on Thursday at 7:30 p.m. against No. 6 seed North Florida.

STARTING ROTATION
1. Liberty went 4-1 in its final five regular-season matches, hitting .283 during that span. Amelia Johnson (4.15 kps) and Casey Goodwin (3.95, .337) have led the way on the attack and Hannah Morris has distributed 11.61 assists per set.

2. Redshirt junior Amelia Johnson leads all ASUN players with 406 kills. She was named to the 2019 CoSIDA Academic All-District Team last Thursday, the first Lady Flame since Becca Haraf in 2013, and seventh player in program history to earn the honor. Johnson's 29 kills against Stetson and North Alabama are tied for the most by a Lady Flame in any match under the 25-point system.

5. Senior setter Hannah Morris, a 2018 ASUN All-Academic Team selection, was the 2019 ASUN Fan-Voted Preseason Setter of the Year. Her career-high 61 assists against Stetson on Oct. 13 are a Vines Center 25-point scoring system record. She averaged 12.55 assists per set in the last three matches and is ranked ninth in progam history with 2,261 career assists.

CHAMPIONSHIP QUICK HITS
1. Prior to joining the ASUN last year, Liberty went 37-20 all-time in Big South Volleyball Championship play, winning the tournament title seven times (1997, 1999, 2001, 2007, 2008, 2011, 2012). The Lady Flames appeared in the conference final 12 times, including every season from 2007-12. Liberty has qualified for its conference tournament's semifinal round three years running.
2. Liberty is looking to become the first No. 3 seed since Jacksonville in 2014 to win the ASUN Volleyball Championship. The No. 3 seed has qualified for the ASUN Volleyball final 10 out of the last 14 years, with the No. 2 seed making the final just four times in that span.