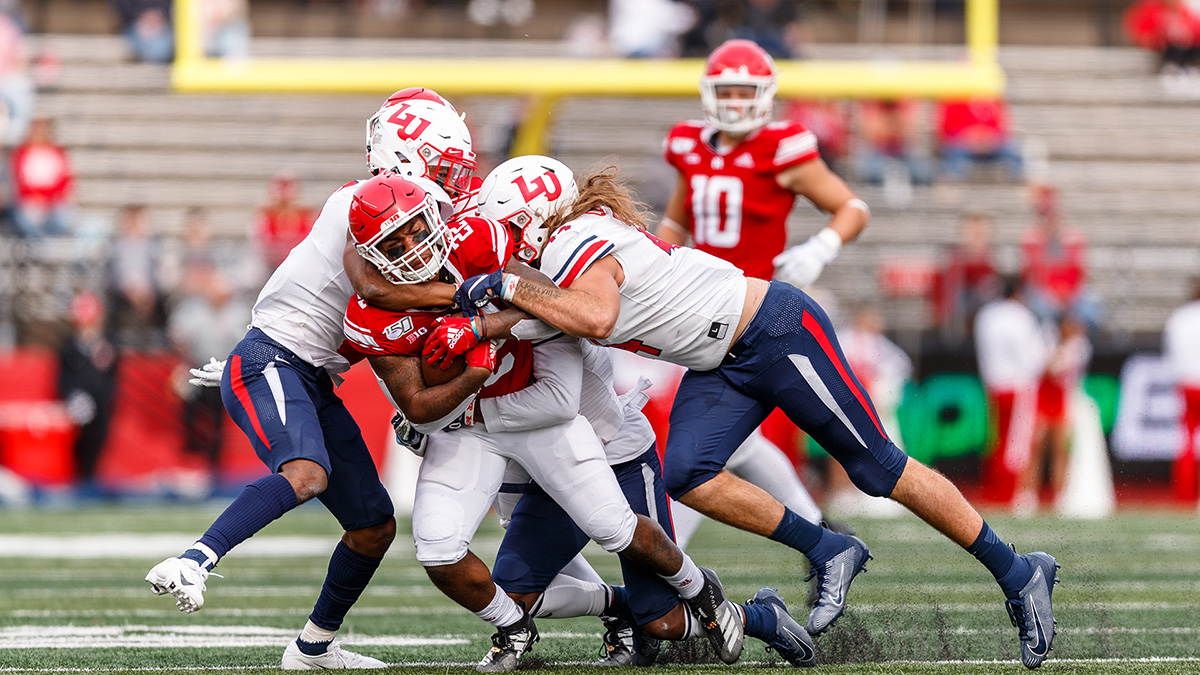 Liberty continues a four-game road swing when the Flames travel to Amherst, Mass., to square off against UMass following a triple overtime game in last year's meeting.

1. Liberty (5-3) continues its four-game road swing with its second visit to fellow FBS independent UMass (1-7) in as many seasons.
2. Two wins away from bowl eligibility, Liberty is looking to bounce back from a 44-34 loss at Rutgers last Saturday and improve upon its 2-7 road record as an FBS member. Meanwhile, UMass is aiming to snap a three-game losing skid.
3. Last season's first-ever meeting between the Flames and Minutemen resulted in a 62-59 triple overtime triumph for UMass. Points could be plentiful again on Saturday, as UMass is allowing 50.6 ppg in 2019 and Liberty's last two opponents have tallied 44 points apiece.
4. Senior QB Stephen Calvert is one of three active FBS QBs with 10,000 career passing yards and owns a 16/3 TD to interception ratio this season. He has thrown 209 passes since his last pick on Sept. 7 at Louisiana and will seek a bit of redemption after throwing a career-high four INTs at UMass last season.
5. Senior WR Antonio Gandy-Golden ranks No. 2 in the nation with 945 receiving yards this season, leaving him just 55 yards away from his third straight 1,000-yard season. Last year, Gandy-Golden caught 9 passes for 205 yards and 2 TDs at UMass.
6. Redshirt senior DE Jessie Lemonier has recorded 7.5 sacks this season and 17.5 sacks in 20 total games as a Flame. That includes his three-sack effort at UMass in 2018.

A Liberty Win Would ...
• Even the Flames' all-time record against UMass at 1-1.
• Be the Flames' sixth victory of the season, giving them 14 straight seasons (2006-19) with six or more triumphs.
• Put the Flames within one victory of bowl eligibility during their first season as a fully bowl-eligible FBS member.
• Give the Flames their best nine-game start to a season (6-3) since 2016.
• Mark the Flames' first-ever victory in Massachusetts (in two games), making it the 17th different state in which Liberty has posted a victory in program history.
• Give the Flames two victories in their last three road games, after Liberty had gone 1-6 in its first seven road tilts at the FBS level.
• Mark the Flames' first win north of the Mason-Dixon Line since a Sept. 11, 2010 triumph at Ball State.