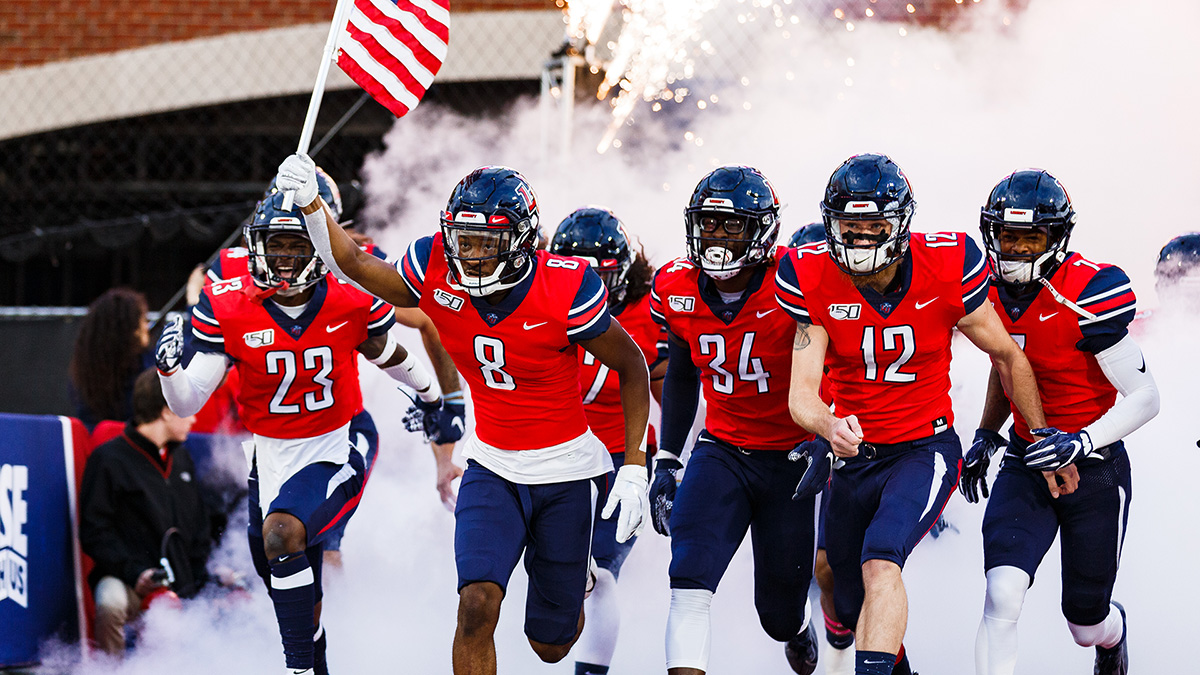 1. Liberty (5-2) begins a four-game road swing on Saturday with its first-ever meeting against Rutgers (1-6, 0-5 Big Ten) and its inaugural matchup with a Big Ten opponent.
2. The Flames bring a five-game winning streak to the Garden State and are seeking their first six-game streak since 2011. Conversely, Rutgers is hoping to halt a six-game losing skid.
3. Playing its first season as a fully bowl-eligible FBS member, Liberty needs to win two of its final five contests to secure bowl eligibility. However, four of those games are on the road, where the Flames are 2-6 since the start of the 2018 campaign.
4. Senior QB Stephen Calvert has thrown for a program-record 10,282 yards during his career. He is one of three active FBS QBs with 10,000 career passing yards and owns a 15/3 TD to interception ratio this season.
5. Senior WR Antonio Gandy-Golden ranks No. 3 in the nation with 877 receiving yards this season and is No. 2 among active FBS receivers with a program-record 3,295 career receiving yards. He is 123 yards away from his third straight 1,000-yard season.
6. Redshirt senior DE Jessie Lemonier, who wears the same uniform number (No. 11) as Gandy-Golden, posted one of the Flames' season-high six sacks last Saturday vs. Maine. He has recorded 6.5 sacks this season and 16.5 sacks in 19 total games as a Flame.

A Liberty Win Would ...
• Mark the Flames' first-ever victory over a Big Ten foe and second win against a Power Five opponent (Baylor - 2017).
• Extend the Flames' winning streak to six games, their longest as an FBS member and their longest overall since a six-game streak spanning Oct. 1-Nov. 5, 2011.
• Be the Flames' sixth victory of the season, giving them 14 straight seasons (2006-19) with six or more triumphs.
• Give the Flames their first 6-2 start to a season since the 2010 squad opened the year at 7-2. Hugh Freeze was also 6-2 through his first eight games at both Lambuth (2008) and Arkansas State (2011).
• Represent the first time the Flames have won consecutive road games since Oct. 15 (at Kennesaw State) and Nov. 5 (at Presbyterian), 2016.
• Put the Flames within one victory of bowl eligibility during their first season as a fully bowl-eligible FBS member.