Thomas-Smith and Mundt Wrap Up Three-Win Weekends in Richmond 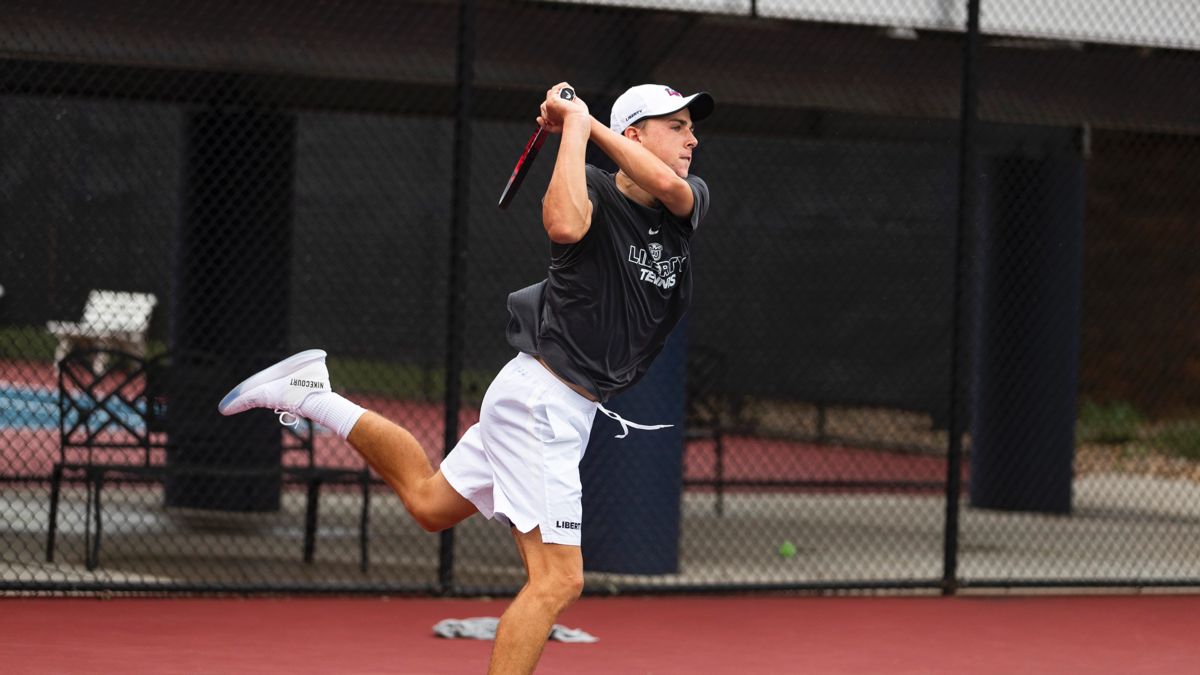 Mundt went 3-1 in singles this weekend in Richmond.

Liberty's Deji Thomas-Smith and Steve Mundt each earned a singles victory on day three of the River City Tennis Open, which was hosted by Richmond, Sunday.

Thomas-Smith put the finishing touches on a 3-1 weekend with a comeback win over Appalachian State's Alex Pavkovich in the third place match of the E Singles flight. The Flames freshman surrendered the first set 7-5 but bounced back to claim the second set in a tiebreaker (7-6) and win the third set super tiebreaker for a 5-7, 7-6, 1-0 (10-5) victory.

Mundt captured his seventh match of the fall by topping Campbell's Noe Macquart 6-1, 6-2 in the fifth place match of the D Singles flight.

In total, the Flames won nine singles matches and a pair of doubles bouts over the course of the three-day tournament.

"Our fight was strong, and we managed our self-talk and body language well throughout the tournament," said Liberty third-year head coach Derek Schwandt.

Despite dropping his last match to George Mason's Momin Khan (6-3, 7-5), Flames sophomore William Barker finished in eighth place out of 16 players in the F Singles draw. Both Barker and Thomas-Smith own five singles wins this fall.

The Flames will be back in action starting on Thursday at the ITA Atlantic Regional in Charlottesville, Va. The six-day event will be hosted by Virginia and runs through Oct. 22. All nine Liberty players on the roster are set to compete at the tournament.