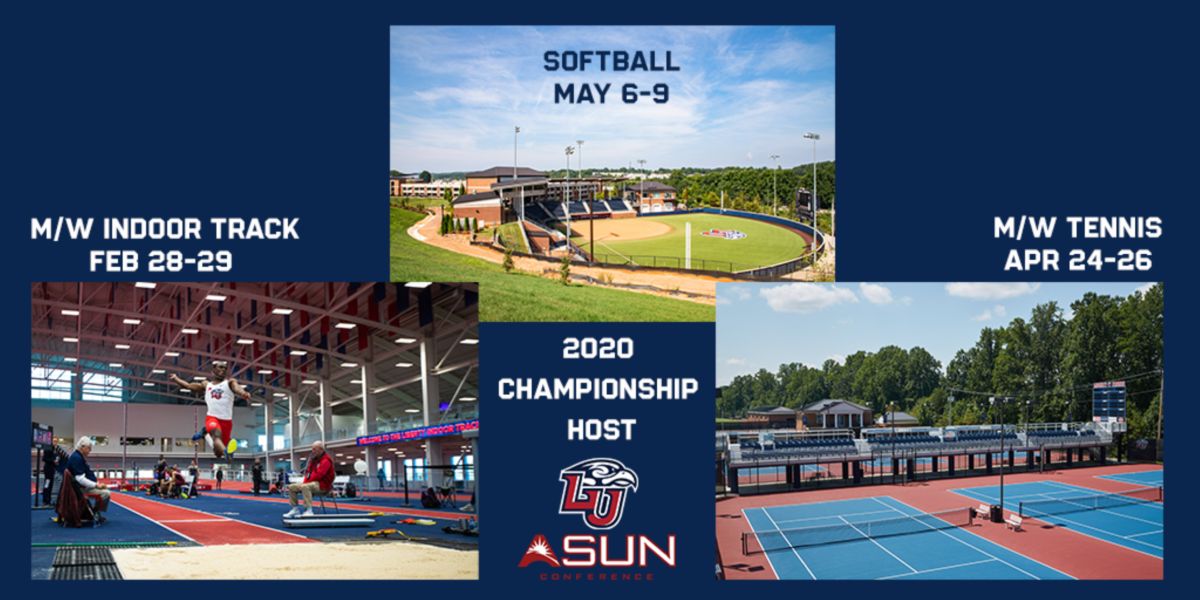 The ASUN Conference announced the dates, sites and hosts for the upcoming 2019-20 season on Thursday. FGCU and Liberty will each host three championships, while Kennesaw State, North Florida and Stetson will host one apiece.

Headlining the winter championships are the Men's and Women's Basketball Championships in March. Both tournaments again take place on campus sites with the higher seeds earning the right to host. For the third-consecutive season, the Liberty Indoor Track Complex in Lynchburg, Va., will be the site of the ASUN Indoor Track & Field Championships, Feb. 28-29.

Beach Volleyball (April 17-19) returns to DeLand, Fla., for the third-straight year, while Braselton, Ga., will host a joint Men's and Women's Golf Championship for the fourth-consecutive season, April 19-21. Liberty welcomes the Men's and Women's Tennis Championship (April 24-26) for the first time, while Kennesaw State hosts its lone championship of the year when Lacrosse makes its way to the KSU campus, April 29 - May 2. The Owls last hosted the Women's Lacrosse Championship in 2016.

Liberty hosts its third 2019-20 event when the Softball Championship takes place, May 6-9, while the Baseball Championship (May 20-23) will be FGCU's third hosting duty of the season. The Outdoor Track & Field Championships return to North Florida in Jacksonville for the record 12th-consecutive year from May 15-16.