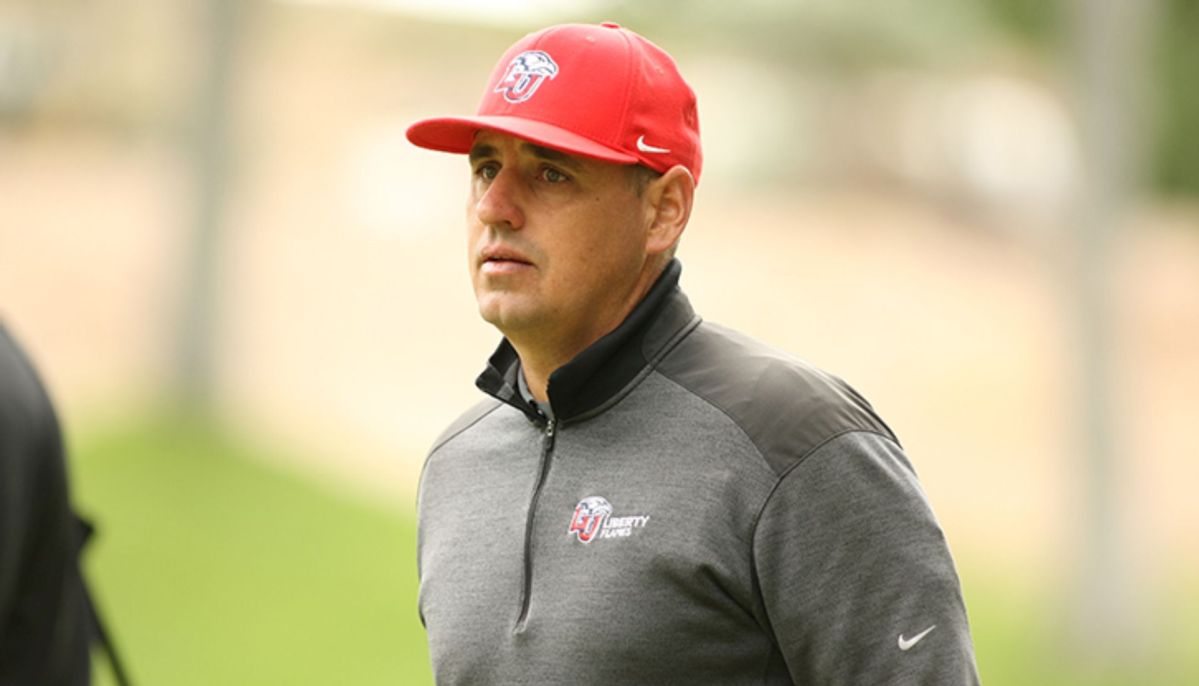 Head coach Jeff Thomas has been honored for leading the Liberty men's golf team to one of the most historic seasons in program history.

For the second year in a row and the fourth time in his head coaching career, Thomas has been named the VaSID Men's Golf Coach of the Year, as announced today by the Virginia Sports Information Directors (VaSID). He received the same honor in 2011, 2013 and 2018.

Along with Thomas' selection as the Commonwealth's top men's golf coach, three members of Liberty's golf team were named to the VaSID Men's Golf All-State teams.

Thomas guided the Flames to one of the most historic seasons in program history. Liberty was consistently ranked inside the Golfstat top 25 national rankings all season, including a program best No. 18 in March. Liberty finished the year ranked No. 22 in the final Golfstat national rankings.

Chang finished his junior season with a 71.71 stroke average, which ranks fourth-best in program history.

Chang was named to the ASUN Men's Golf All-Conference first team, and he was selected the ASUN Men's Golf Scholar-Athlete of the Year. He led the team with eight top-10 finishes and played 19-of-35 rounds at par or better (54.3 percent) this season.

The lone senior in Liberty's starting lineup in 2018-19, Lench posted six top-10 finishes, including sharing medalist honors with teammate Alexandre Fuchs at the Intercollegiate at The Grove.

Lench became the first player in program history to advance to the final day of stroke play at the NCAA Men's Golf National Championship where he finished tied for 24th place with a 6-over par 294 (75-73-69-77).

Vincent was the Flames' third ASUN All-Conference golfer this season, earning second-team honors after posting a 72.71 season stroke average. After missing the 2017-18 season due to an injury, Vincent quickly bounced back and posted six top-10 finishes and played 17-of-38 rounds at par or better this year (44.7 percent).