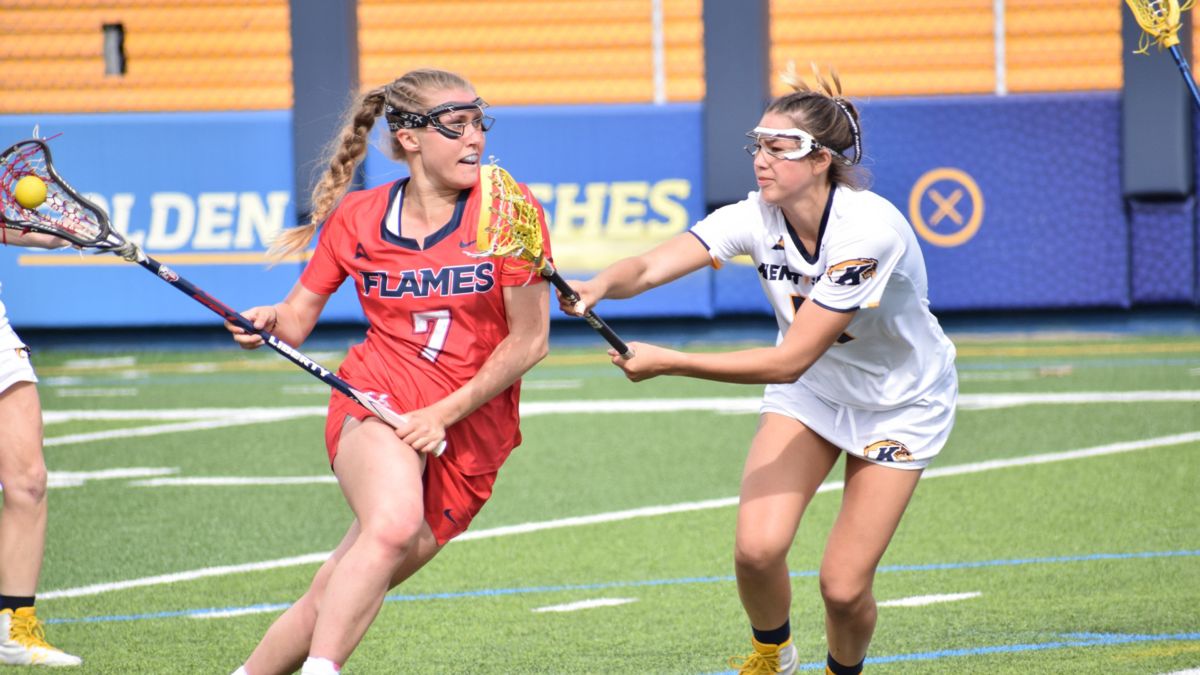 Liberty junior midfielder Carly White has been named the ASUN Lacrosse Defensive Player of the Week on Tuesday afternoon.

White is receiving her first defensive player of the week recognition this season and third overall honor. She was also recognized as the ASUN Player of the Week twice (Feb. 19, March 12). White is Liberty's conference-leading 10th ASUN weekly award recipient. The Lady Flames have now received 10 weekly honors each of the past two seasons (also while in the Big South Conference in 2018).

The junior captain paces all Lady Flames in ground balls with 60 and ranks third on the team with 24 caused turnovers. She ranks third in the country in ground balls per game (3.53) and No. 13 in free-position percentage (.632). White also leads the team in points (57), shares the team lead in both goals (33) and assists (24) and ranks second on the squad in draw controls (67).

White and the Lady Flames (13-4, 5-1 ASUN) are currently preparing for the 2019 ASUN Lacrosse Championship, which will be held on Thursday and Saturday at Coastal Carolina's Brooks Stadium in Conway, S.C. Liberty, which has matched a program record with 13 victories this season, is the No. 2 seed for the conference tournament and will square off with No. 3 seed and tournament host Coastal Carolina (12-5, 4-2 ASUN). First draw is set for 4 p.m. on Thursday.

Thursday's other semifinal pits No. 1 seed and regular-season champion Jacksonville (14-3, 6-0 ASUN) against No. 4 seed Kennesaw State (8-9, 3-3 ASUN) at 1 p.m. The winners of the semifinal games will meet in the title game, Saturday at 1 p.m. All three ASUN Lacrosse Championship games will be carried live on ESPN+.