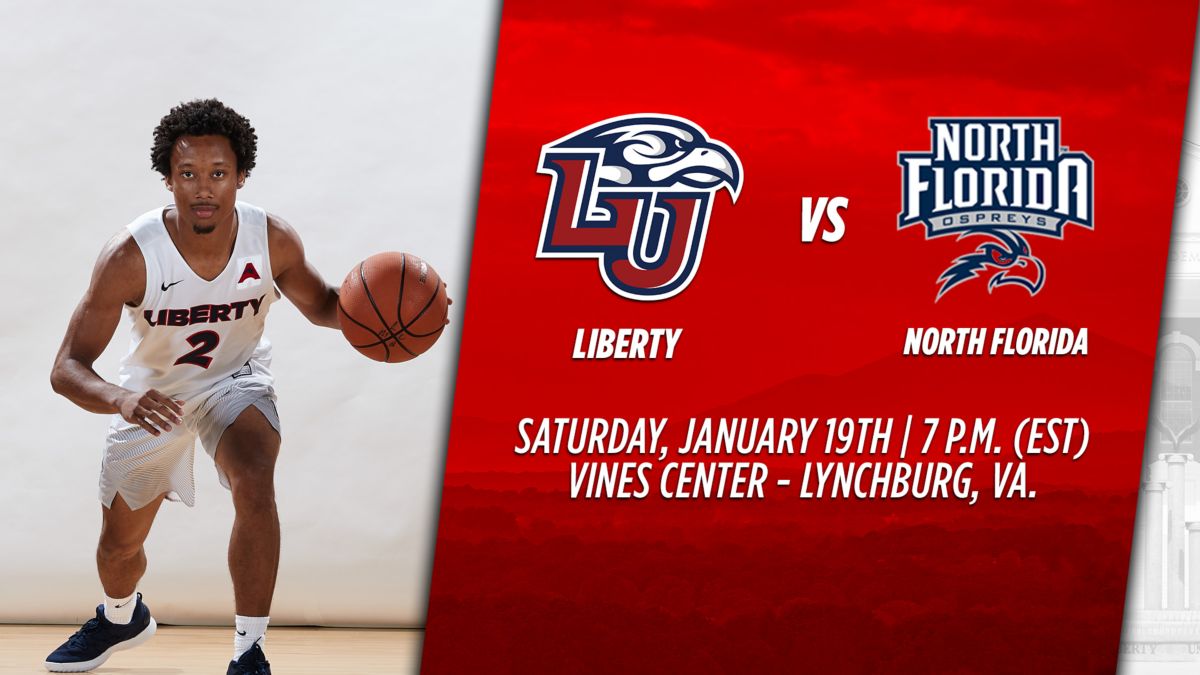 As Liberty men's basketball returns home with an undefeated record in the ASUN Conference, the Flames will be tested on Saturday, Jan. 19, when they host North Florida. The Ospreys come into the Vines Center with a 3-1 record in conference, having won four of their last five games. The first 500 fans at Saturday's game will receive a free fanny pack.