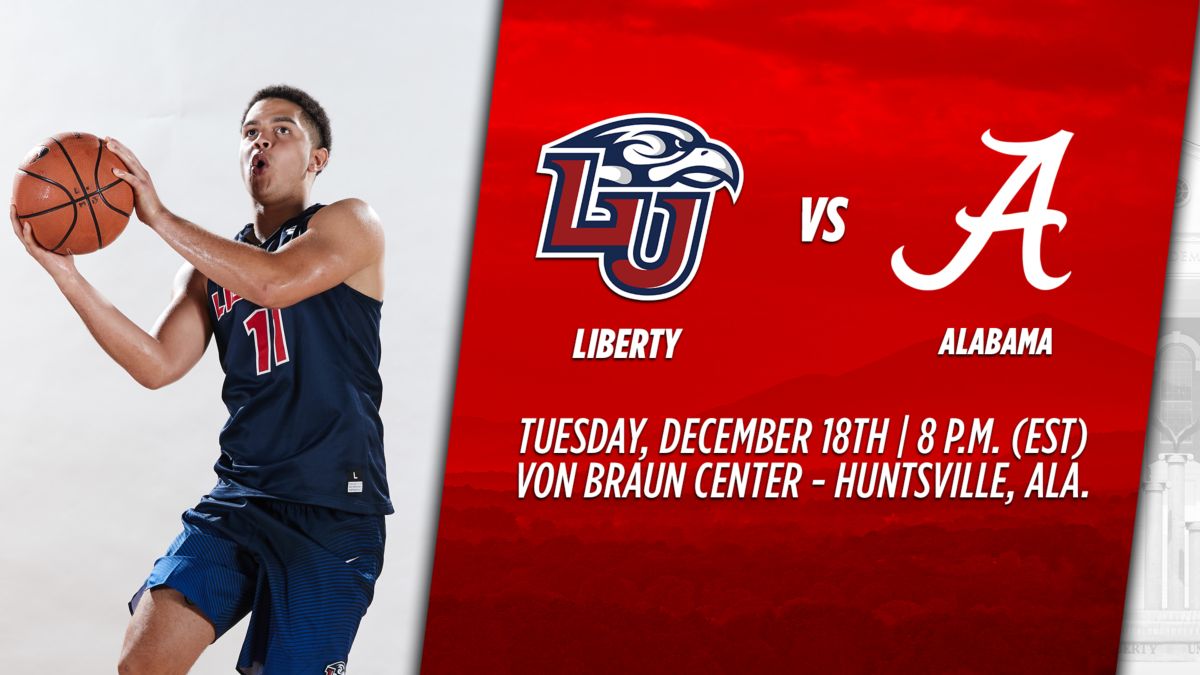 Liberty will start its six-game road trip in Huntsville, Ala. against Alabama in the Rocket City Classic. The game will take place at the Von Braun Center as the Flames and the Crimson Tide will meet for the first time ever.