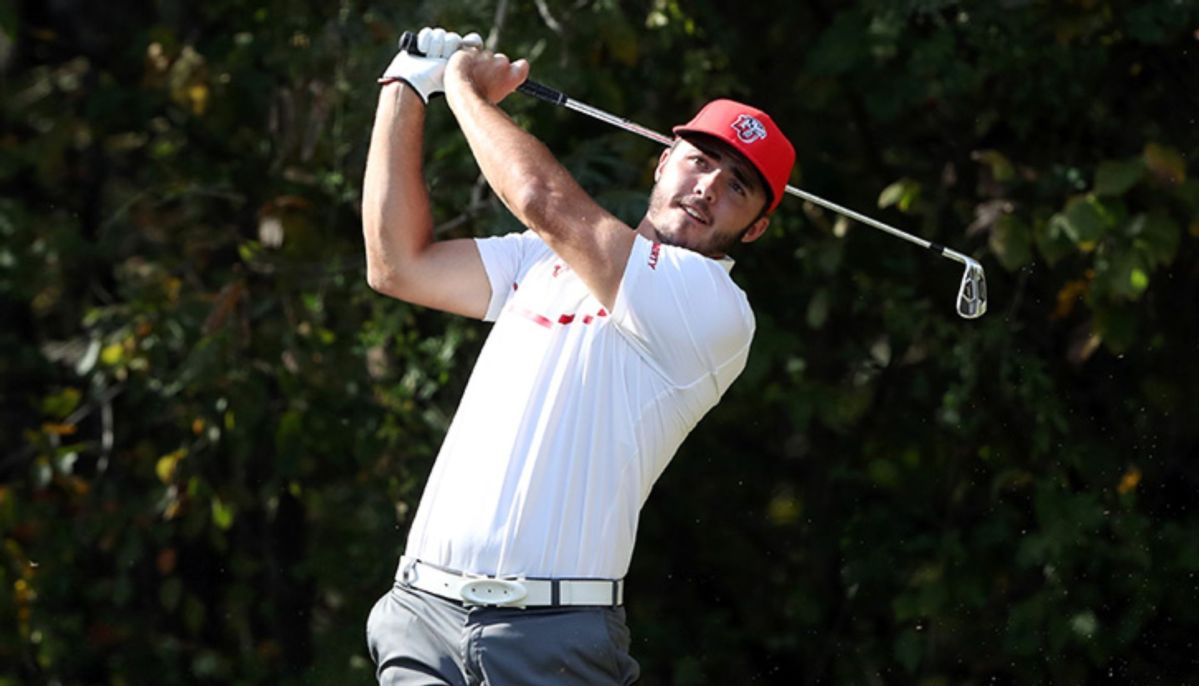 No. 46 Liberty, the top-ranked golf team in the Commonwealth of Virginia, wraps up regular season play, this weekend, at the Mason Rudolph Championship.

Golfstat.com released its weekly rankings on Wednesday and the Flames are the highest ranked team in Virginia. Liberty is ranked ahead of No. 48 Virginia, No. 90 Virginia Tech, No. 103 James Madison and No. 147 Old Dominion in the latest national rankings.

The Flames will put their top-50 ranking on the line when they face another star-studded field at this weekend's Mason Rudolph Championship. The three-day, 54-hole event is hosted by No. 4 Vanderbilt at the Vanderbilt Legends Club - South Course (par 71, 7,100 yards). The event starts with 18 holes of play on Friday morning at 8:30 a.m. (CST).

A SEC team has finished as the victor each of the last five years at the Mason Rudolph Championship and 10 times in the 16-year history of the event.

The Mason Rudolph Championship will serve as Liberty's final tune-up prior to the 2018 Big South Men's Golf Championship. The conference championship event is slated for April 20-22 at The Patriot Golf Club in Ninety Six, S.C.

Logue, last week's Big South Men's Golfer of the Week, not only led the Flames at last year's Mason Rudolph Championship, but also during the Flames' last time on the course.

The senior's strong play at the Duck Invitational, helped the Flames finished the event tied with host Oregon atop the 16-team leaderboard with a winning score of 13-over par 865 (290-290-285).

The team title was Liberty's first since the Flames won the 2016 Big South Men's Golf Championship and was the 27th NCAA Division I team title in program history.

Logue was one of six golfers in the 88-man field to finish under par, posting a score of 1-under par 212 (68-73-71). The tournament marked the second time the senior has finished an event under par and lowered his season stroke average to 73.27.

The Flames continue to be paced this season by Ervin Chang. The sophomore holds a 72.37 season stroke average and has finished 50 percent of his rounds at par or better this season (15-of-30).