Golf Returns to NCAA Regional Site for Next Event 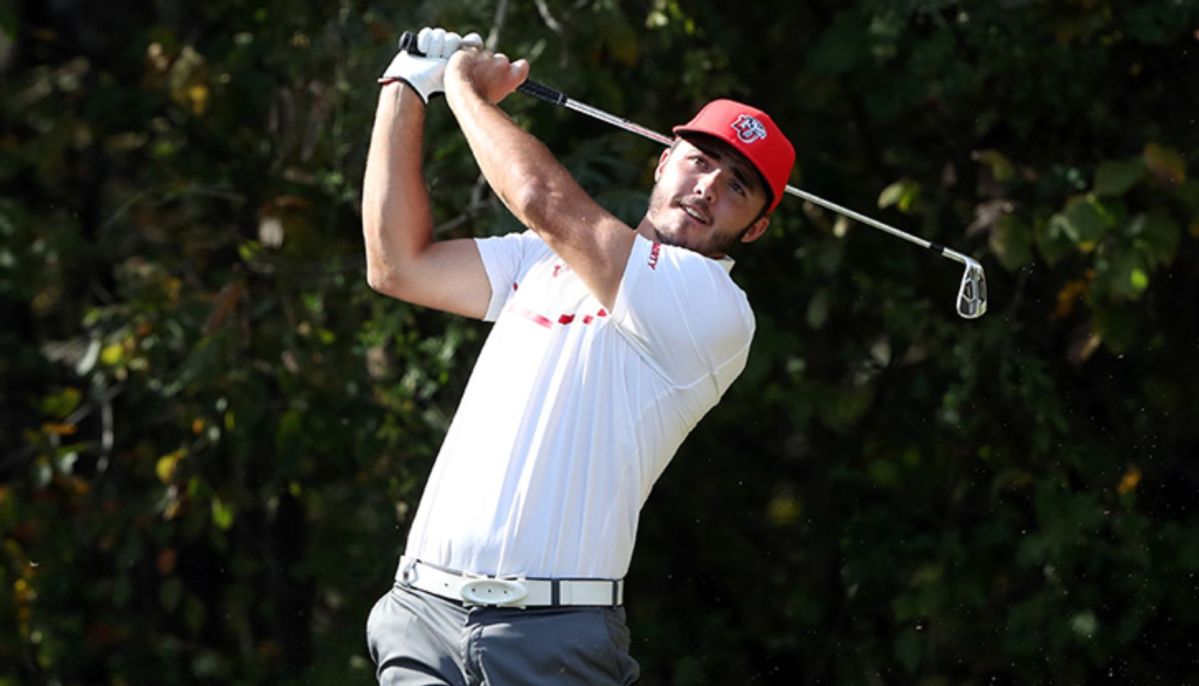 Senior Isaiah Logue is coming off a 16th-place finish at The Hayt, which included a second round 3-under par 69.

No. 56 Liberty returns to a familiar course next week when the men's golf team travels to Eugene, Ore., for the 2018 Duck Invitational.

After winning its third Big South title in a four-year span, Liberty was the No. 6 seed at the NCAA Eugene Regional. The Flames finished the regional event tied for eighth place with a 49-over par 889 (295-297-297).

Liberty's top golfer in the tournament was Niklas Lindstrom. The senior finished tied for third place with a 2-over par 212 (70-72-70) and missed out on individually advancing to the national championship in a playoff.

As Liberty begins to turn its attention to next month's Big South Men's Golf Championship, the Flames will start to look to their senior leadership during its final two regular season events.

Mickey DeMorat is coming off his best finish the spring. The senior finished in 13th place at The Hayt, posting a 2-under par 214 (73-67-74). He was named Big South Men's Golfer of the Week earlier this week following his fourth top-20 finish of the season.

Fellow senior Isaiah Logue followed closely behind DeMorat, finishing tied for 16th place with an even par 216 (75-69-72). The senior's second best score relative to par this year was aided by a 3-under par 69 second round, his fifth sub-70 round of the season.

The Flames continue to be led by sophomore Ervin Chang, who ranks seventh in the Big South with a 72.07 season stroke average. He has played 15 of his 27 rounds at par or better this season (55.5 percent) and has posted four top-10 finishes.

The 2018 Duck Invitational gets underway on Monday with 36 holes of continuous play, starting at 8:30 a.m. (PST).  The final round gets underway at the same time on Tuesday and Golfstat.com will provide live scoring throughout the 54-hole tournament.