Green, a sprinter/hurdler who graduated from Abilene Christian, has one year of eligibility remaining, while Partridge, a thrower from Central Arizona, will have two years of eligibility with the Flames.

"Our excitement for the 2018 track season is increased with the addition of January recruits, Kimone Green and William Partridge," Tolsma stated. "Kimone brings speed, hurdling ability and collegiate experience from Abilene Christian, where our former associate head coach, Lance Bingham, is now head coach. She begins graduate school with one season of remaining eligibility. She has the talent to contend for a national qualifying spot in the 400 hurdles.  William comes from Central Arizona with good college experience in the shot put, discus and hammer to strengthen the men's throws. We expect both to arrive ready to jump into the 2018 season." 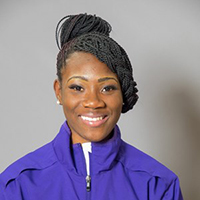 Green graduated from St. Elizabeth Technical School in St. Elizabeth, Jamaica. She was the back-to-back U-20 girls' 400 hurdles champion at the 2013 and 2014 CARIFTA Games. 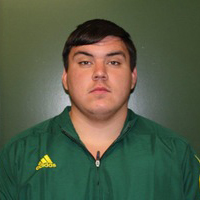 Top Marks: SP – 54-9.25, DISC – 148-4, HAM – 171-10, WT – 55-2.75
Partridge made steady improvement during his two years at Central Arizona College, culminating with a ninth-place hammer throw finish and an 11th-place shot put showing at the 2017 NJCAA Division I Outdoor Track & Field National Championships. He also came in 11th in the weight throw and 13th in the shot put at the 2017 NJCAA Indoor Track & Field Championships.

During his time at Buena High School, Partridge came in second in the shot put and sixth in the discus at the 2014 Arizona Division 1 state meet. His shot put mark at the meet measured a high school personal-best 58-3.75.

Partridge fills an area of need on Liberty's roster, as the Flames did not score a single point at the 2017 Big South indoor or outdoor meets in the men's shot put, discus, hammer or weight throw.