The inaugural event, sponsored by Sorinex, will be held in the weight room of the Arthur L. Williams Football Operations Center. The one-day clinic costs $35 per individual, with lunch and a t-shirt provided.

Registration for the event is open through June 12. Contact Bryant Lewellyn at blewellyn@liberty.edu with a t-shirt size and any additional questions.

Gillespie returned to the Liberty University campus during the winter of 2005 and is the head strength and conditioning coach for Liberty's football program.

Williams is set to retire from Liberty in June after 33 years of services with the Flames' athletics department. Williams joined Liberty's staff in 1984 and served as head strength and conditioning coach until Gillespie returned to his alma mater.

Gentry retired from Virginia Tech as the Hokies' Associate Athletic Director for Athletic Performance following the completion of the 2015 football season. 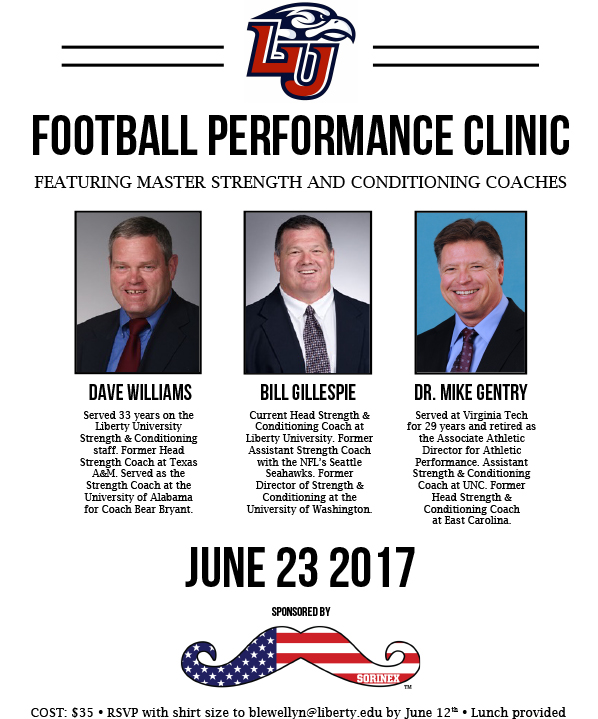