2016 Family Weekend is coming up and our Flames Football team will host Gardner-Webb in a Big South Showdown to highlight the weekend! Liberty enters the matchup undefeated in Big South Conference play and looking to keep the streak going as their hopes build for an NCAA FCS Playoff berth.

Saturday's matinee will mark the 23rd all-time meeting between the Flames and Runnin' Bulldogs, in a series that dates back to 1976. Liberty has won four straight home meetings with Gardner-Webb and eight of the last nine matchups overall.

The first 5,000 fans wearing Liberty RED will receive an exclusive "There's Nothing Like GameDay" Tshirt! Brought to you by Coke Zero, Perry Pools & Spas, the Liberty University Bookstore and WSET-ABC13. 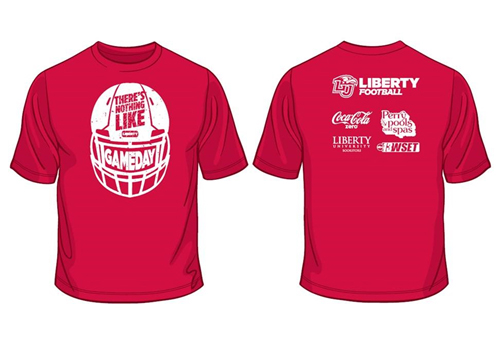 Family Weekend: The biggest single-game promotion of the season, do not miss out on another great Family Weekend that includes a Big South Conference match-up between our Flames and Gardner-Webb! Registered family members of current Liberty Students can receive a game ticket for only $8! *Discounted $8 Tickets must be purchased online and in advance here!

The Vue- Instacam! Throughout game day be sure to post to Twitter & Instagram using the hashtag #GoFlames on all your posts! During the game we'll feature all of our favorites on the video board for everyone to see!

GuideStone Financial Resources Faculty/Staff Member of the Game – A special member of the Liberty University faculty and staff will be recognized for their dedicated service at each home game.

Coca-Cola "4QF" Gatling Guns and Tshirt Toss: At the break between the 3rd and 4th quarter, and twice during the 4th quarter, all fans will be rewarded with exclusive 4 Quarters of Fury Tshirts, courtesy of Coca-Cola!

GAME DAY TRADITIONS
Ignite the Flame Before the Game! Game day is a lot more fun when you tailgate! Traditionally, fans and students have primarily tailgated in the first row of Speakman Lot (adjacent to University Boulevard). This year, Liberty Athletics wants to increase tailgating presence in all game day areas. Join us for tailgating this season and experience Liberty Football game day like never before! "The Walk": A new tradition that began in the 2015 season. Fans are encouraged to leave their tailgate area to welcome the team as they arrive to campus approximately two (2) hours and 30 minutes prior to kickoff. On Saturday, fans will join Liberty cheerleaders, drumline and Sparky at 1 p.m. to welcome the team as they walk to Williams Stadium down University Boulevard near the Welcome Center and Bookstore through Gate 1. 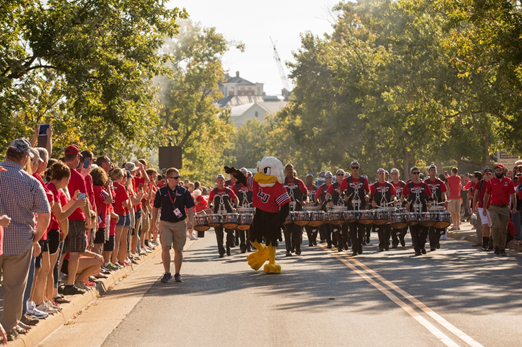 The Raising of the 71 Flag: This is a special time on game day to remember the founder of Liberty University, Dr. Jerry Falwell, Sr. The 71 Flag is raised at Williams Stadium 20 minutes prior to kickoff every game. 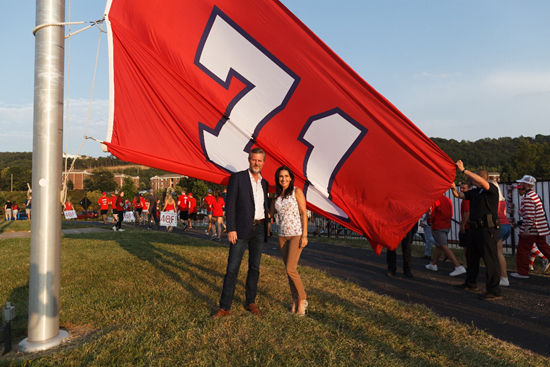 Go Flames Go! After big defensive stops or as the Flames defense come onto the field, Liberty Athletics introduced a new chant to fire up our defense!

FOUR QUARTERS OF FURY: Stick around every game for all 60 minutes to cheer on our Flames! We'll shoot out 3 Gatling Gun shots throughout the 4th quarter with 4QF Shirts! 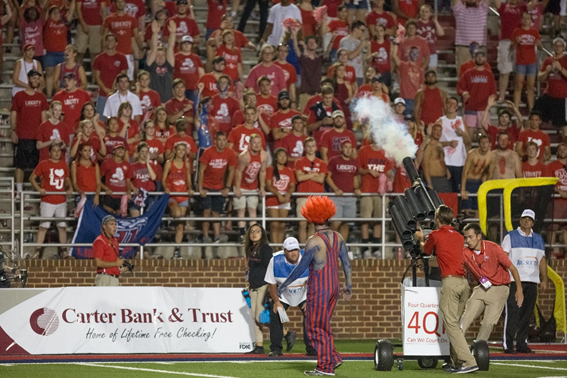