The 2014 Liberty Flames made program history by competing in a NCAA Regionals in back-to-back seasons for the first time ever.  Liberty earned selection to the NCAA Charlottesville, Va. Regional in 2014, after participating in the NCAA Columbia, S.C. Regional in 2013.

The Flames received the program's first ever at-large selection to an NCAA Regional in the 41-year history of Liberty baseball in 2014.  The Flames, who finished the year with a 41-18 overall record, became only the second program in school history to obtain an at-large selection to a NCAA Division I postseason tournament/event. 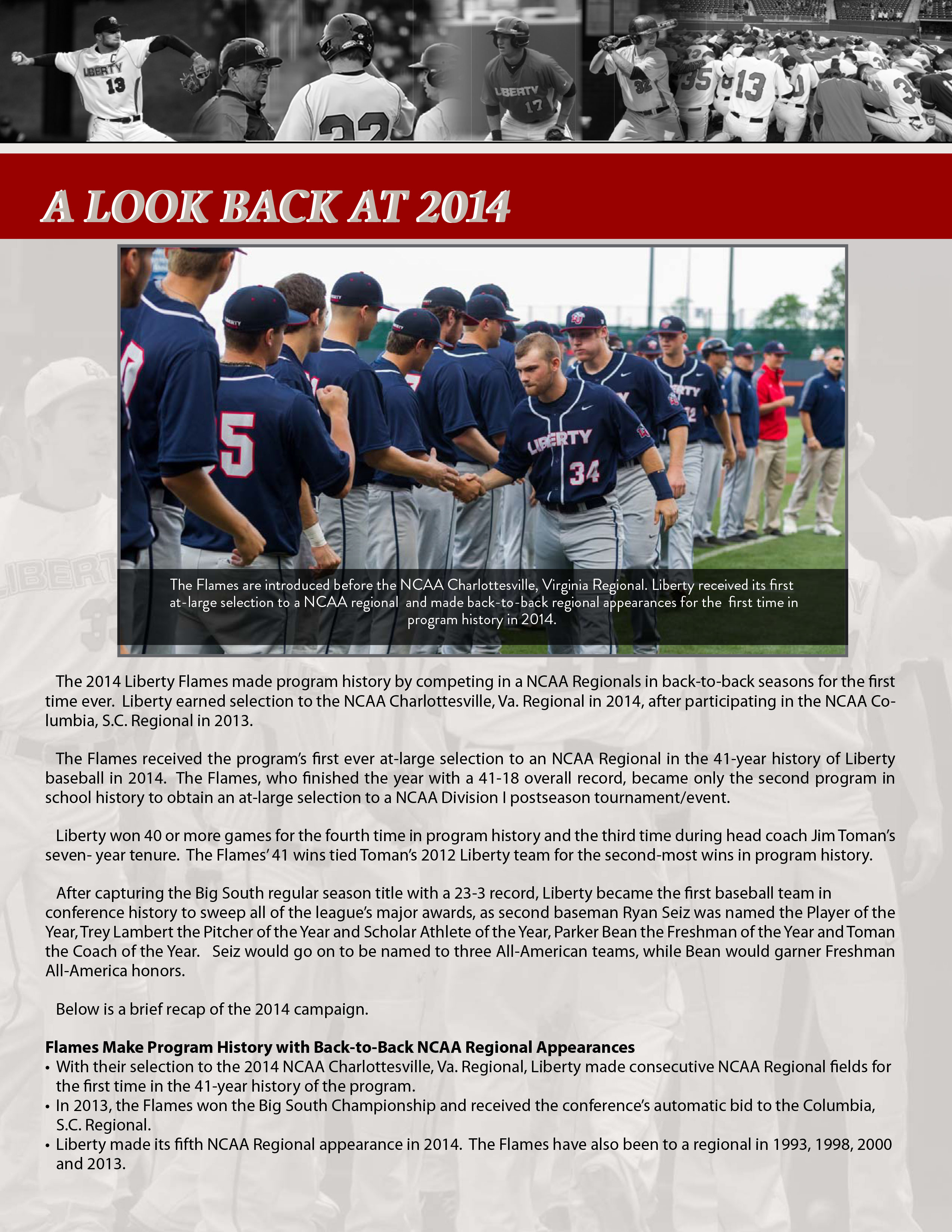 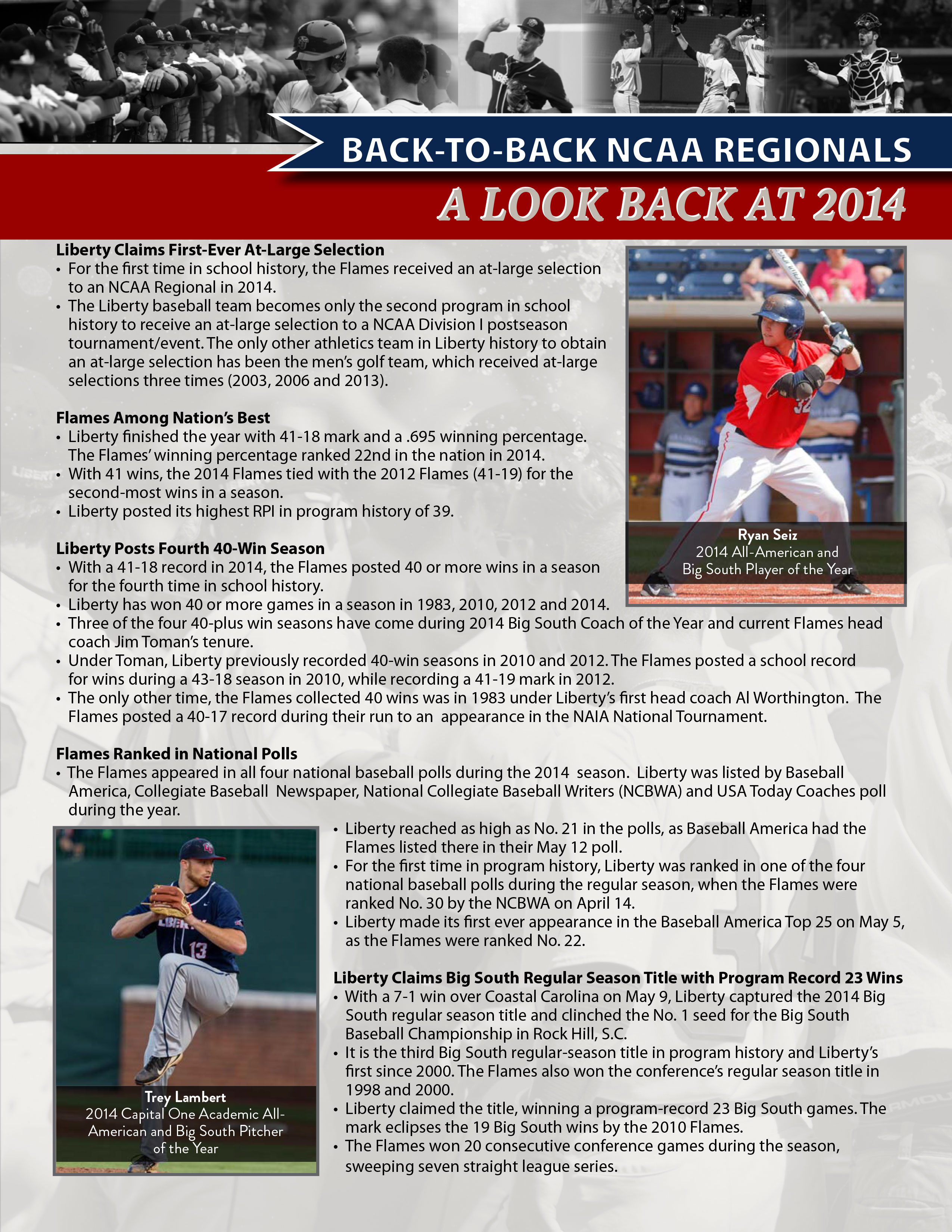 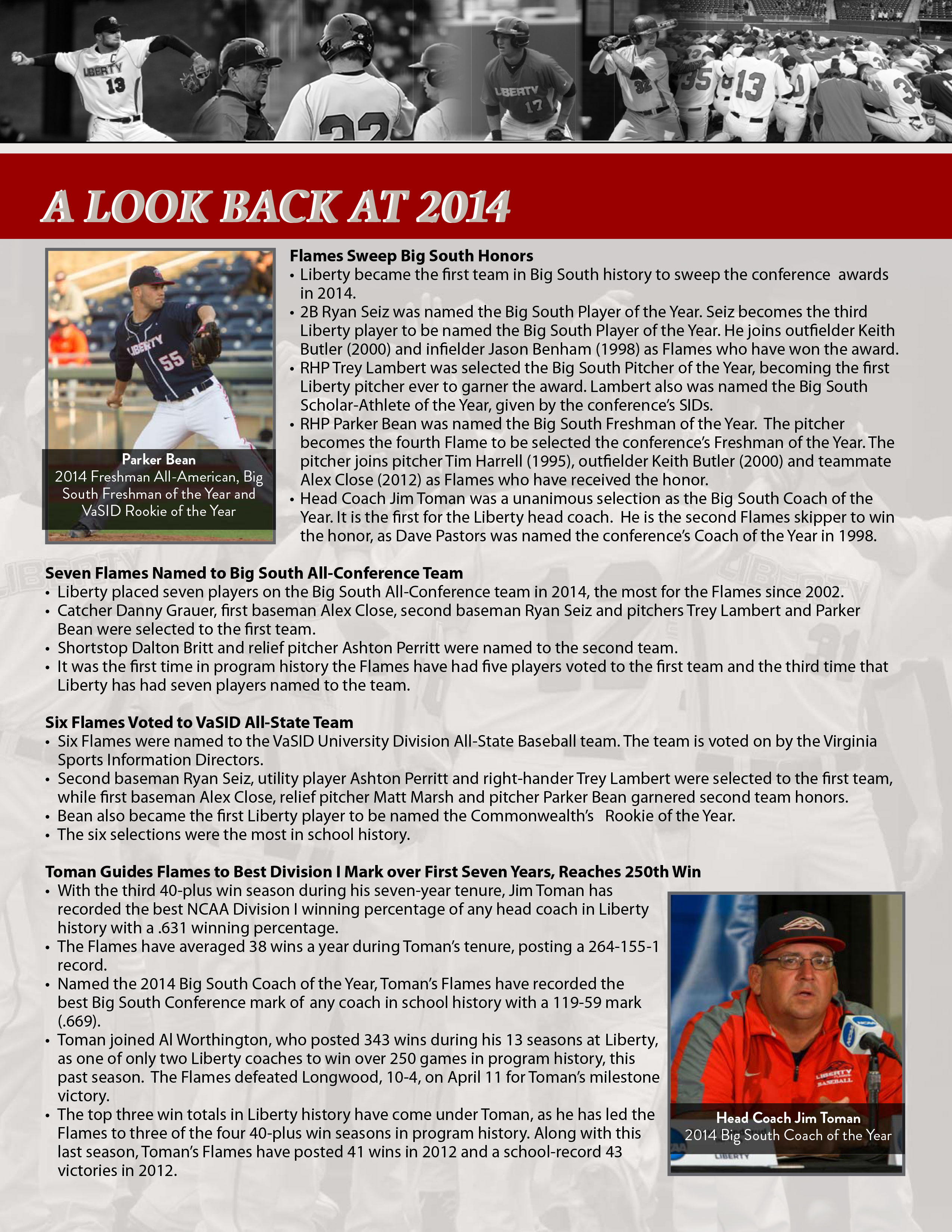 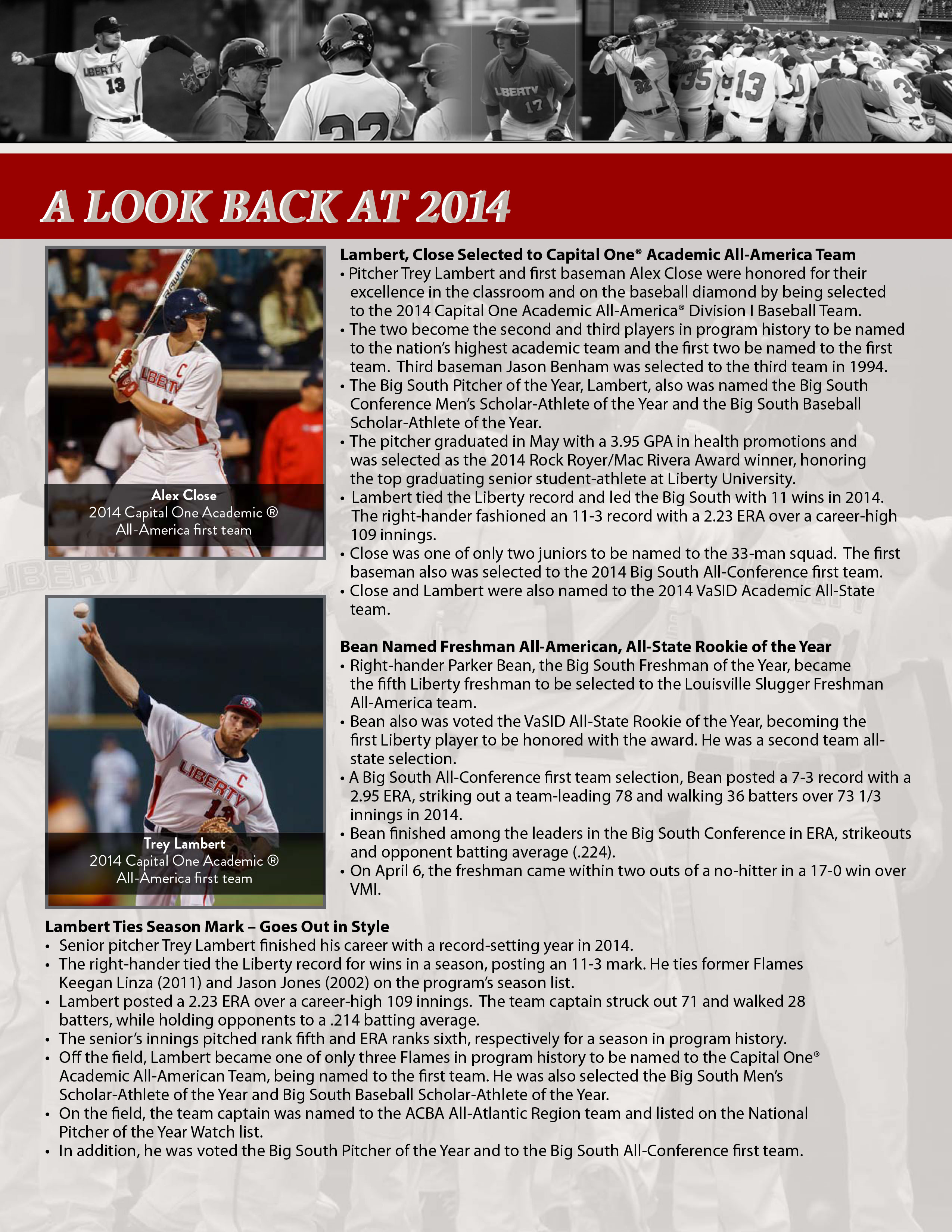 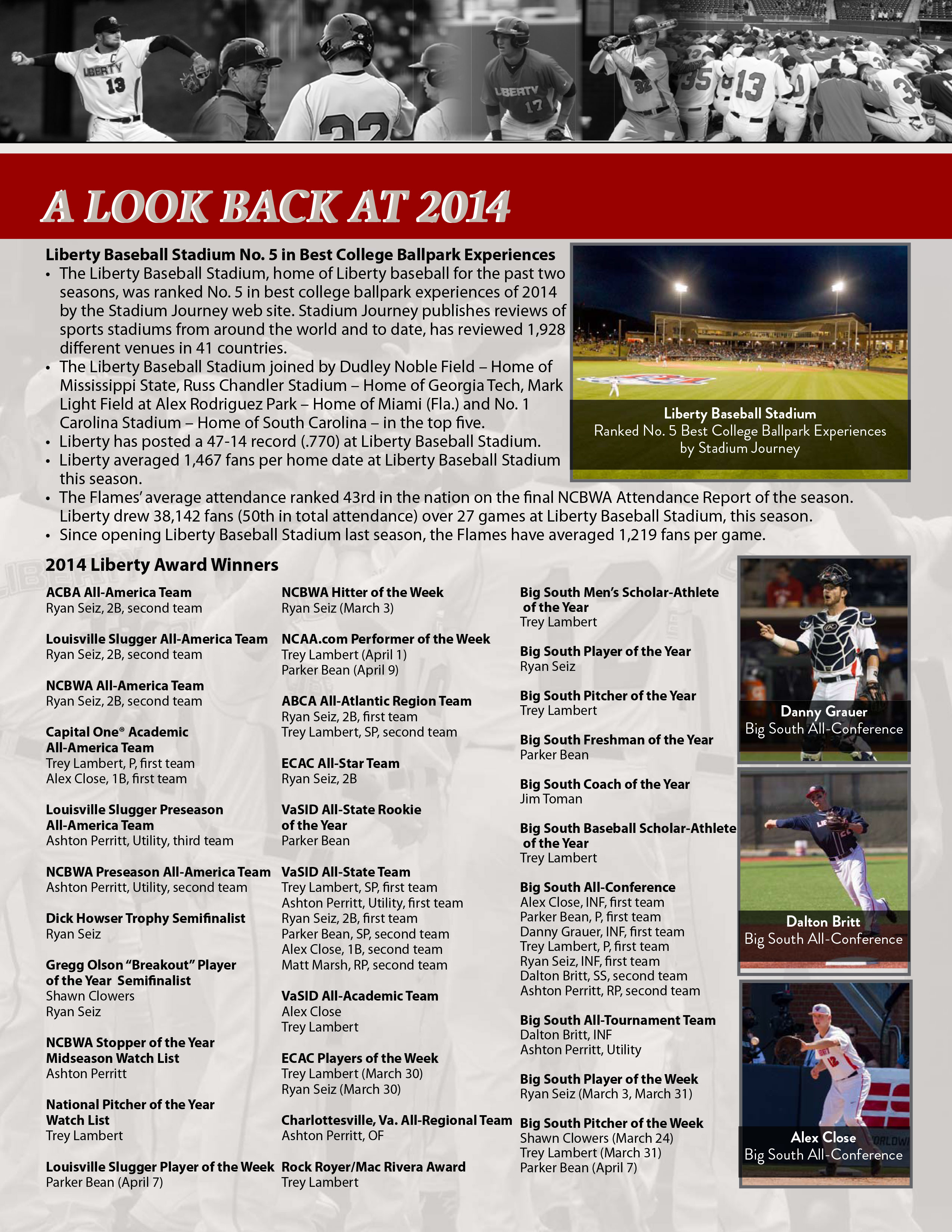