Ashley Rininger scored a team-high 13 points during Liberty's 52-21 win over Palestine, Thursday at the Friendship Games.

The Lady Flames made their debut in the 2014 Friendship Games this morning in Eilat, notching an impressive 52-21 victory over Palestine in Group B play. The game marked Jasmine Gardner's return to competition, after a knee injury had sidelined her since March 10, 2013. Jasmine recaps today's win.

Today was our first day playing together in Eilat, and it was also my first day out there playing with my teammates. It felt great to back on the court with them again! I've always wanted to play overseas, and I finally got a chance to experience it. It was a good experience playing with people who see basketball a different way. Being overseas has made me stay humble on how privileged we are in America. I have enjoyed meeting new people from different countries and getting a chance to experience the lifestyle of a difference race and culture. Although we look and speak differently and eat different kinds of food, we are all one in the eyes of the Lord.

The game was very exciting, as we led Palestine the whole time. We led at halftime by 20-plus points and ended up beating them by 30-plus points. The final score was 52-21. This was a special game because not only it was my first game back, but Coach Bloodworth coached us instead of Coach Green. She did an amazing job coaching, and it was fun having her coach us. Although Coach Green did not coach, he and Coach Sherard were very encouraging to all of us.

I didn't know international basketball was that much different from the American style of basketball. There was one play that I did an up and under move, but got called for traveling.  Also, we can get a technical foul for screaming here, which I thought was very interesting.

Two plays in particular really highlighted the game. One was when I got the ball and skipped a pass to Audrey, who made an open 3-point shot. We were all so happy for her, as that was a big shot. The second play was when Sid used her quickness to steal the ball, passed it to Simone, who then passed it right back to Sid for the layup. Everyone really enjoyed themselves out there playing. Sometimes it is not all about winning, but having fun and giving your all. 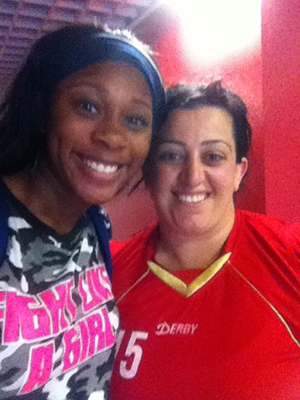 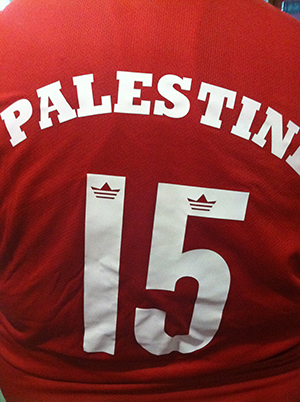 Liberty will complete Group B competition Friday at 12:30 p.m. Israel (5:30 a.m. Eastern) with a matchup against Jordan. A victory would move the Lady Flames into Saturday's semifinal round.

I posted 122 photos on Facebook in the album "Israel #2" http://t.co/AylyGmsoqd