Liberty head coach Jodi Murphy has announced the signing of five student-athletes for the upcoming season.

Murphy on signing class:
I am very excited to welcome the Class of 2018 to our Liberty field hockey family. These young ladies personify what I believe it means to be a Liberty field hockey player. They are committed to excellence, selfless, diligent and uncommon. They are going to continue to help us build on the foundation we have created the last three seasons and also help us to usher in many new benchmarks and traditions. I cannot wait to see these ladies grow and be stretched in their faith, hockey and academic pursuits.  Our desire is be a program that is consistently getting better from one season to the next and I trust that this group has what it takes to help us emerge among the nation's elite in the coming years.

Hannah Bard (GK, Kunkletown, Pa. (Ohio State))
Hannah Bard joins the Lady Flames after competing for one season at Ohio State. Bard was a two-year starter and three-year varsity letterwinner at Pleasant Valley High School. The goalkeeper holds the school record for career saves with 251. Bard helped lead Pleasant Valley to four-consecutive Final Four conference appearances. She was a first-team all-area selection during her junior and senior seasons. In 2011, Bard was named team MVP and team captain. At the club level, Bard played for the Mystic Hockey Club from 2008-12.

Bard was a three-year letterwinner on the track and field team at Pleasant Valley, competing as a thrower.

Murphy on Bard:
Hannah joined our squad this spring and has battled a bit of injury early on, however we are excited to see her develop under Coach Jacki's goalkeeping program. She has a lot of natural athleticism that will continue to help her as she transitions.

Cassidy Bremner (M, Ladner, British Columbia, Canada)
Cassidy Bremner becomes the first Canadian to join the Lady Flames field hockey program. Bremner competed at Delta Senior Secondary school and for the India club team. Bremner was named to the Regional High School Performance team four years in a row (2010-13) and the BC team three consecutive seasons (2011-13). She also helped lead her team to a first-place finish in 2010 at the BC summer games. Bremner was a member of the U17 Junior National squad and was selected for the Rob Short Coaching Academy.

Bremner also excels in the classroom. She was named to the honor roll and G Club in 2010-13 and the Principles List in 2011-13. Bremner has taken numerous missions trips, including Salt Spring Island and Los Angeles, Calif. She volunteers with AWANA and a VBS summer camp for children. Bremner has coached junior field hockey the last four years and serves as Grad Counsel executive.

Murphy on Bremner:
Cassidy will add an exciting dynamic in our midfield next fall. She is a strong distributor and consistent playmaker. She has been well coached and has a sharp hockey mind that has developed throughout her array of playing experiences. 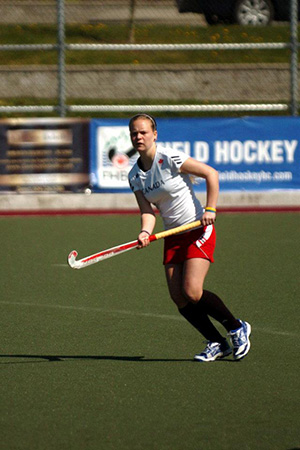 In addition to her accomplishments on the turf, Parker maintains a 3.6 GPA in the classroom. She is the president of her church youth group and volunteers in a local soup kitchen and homeless shelter.

Murphy on Parker:
Summer's decision to pursue Liberty is a blessing on so many levels. Summer is a natural goal scorer. She has impressed us game in and game out by her ability to find the back of the net. Her 150 career goals are no easy feat. She has a powerful strike on the ball and great hands. We are hopeful that she will battle for time right out of the gates next year. 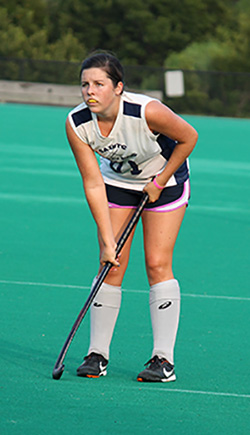 Alynn Richardson (M, Glendale, Mo.)
Alynn Richardson brings a strong club field hockey resume to Liberty. Richardson, a homeschool student, began playing with Aim field hockey in 2009. With Aim, Richardson participated in several major tournaments including Festival (2011-13), the National Indoor Tournament (2012-13) and the National Club Championship (2012-13). The midfielder's U19 team placed first at the Regional Club Championships in 2012 and is currently ranked sixth in the nation. Richardson participated in Futures and was selected as a National Futures Championship alternate in 2013.

Away from field hockey, Richardson volunteers as a math tutor and a FCA huddle leader. Richardson works with her church in downtown St. Louis doing evangelistic and outreach activities.

Murphy on Richardson:
Alynn is going to add a ton of speed in our midfield. She is a relentless worker with the potential to develop into a player similar to current midfielder, Erin Dombach. Like Erin, she will battle until the final whistle and is a feisty player with an aggressive nature. 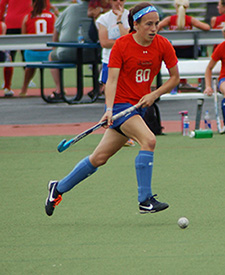 Rachel Suter (M, Millersville, Pa.)
Hailing from the field hockey-rich state of Pennsylvania, Rachel Suter was a four-year varsity letterwinner and starter at Penn Manor High School. Penn Manor also produced current Lady Flame and team captain Helen Doolittle. Following the 2013 season, Suter collected numerous accolades including, second-team All-American, first-team all-region, all-state and all-league and was tabbed the Lancaster-Lebanon League Player of the Year. A team captain, Suter was second-team all-state and first-team all-league in 2012. Suter was a second-team all-league performer as a sophomore in 2011, as well. The midfielder posted 63 goals and 37 assists for her career. At the club level, Suter competed for Nook Hockey.

Off the field, Suter volunteers frequently at field hockey programs geared toward elementary-aged children. She also has an internship at an elementary school in the Penn Manor School District, assisting children with basic learning.

Murphy on Suter:
I have had the joy of watching Rachel develop for many years. She comes to us from one of the most premier clubs and high school programs in the country. The sheer fact that Rachel is accustomed to winning environments is going to propel our program. Rachel has a variety of stick skills and elimination moves that will make her a threat on either the forward or midfield line next fall. Her fundamental skills are sound and she does the basics incredibly well. 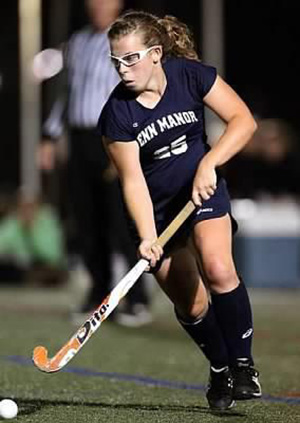 In addition to her field hockey experience, Wilson was a four-year letterwinner in softball and a 2013 team captain. Off the field, Wilson volunteers with special education students at a local elementary school and with Delmar Youth Field Hockey. She is an honor roll student and a member of the Key Club and FFA.

Murphy on Wilson:
Amy has such a passion for Liberty and what this school embodies. She has been a familiar face since the conception of this program in 2010. Amy is incredibly athletic, fast and powerful. I have the utmost confidence in her ability to emerge as dominate force on the forward line. She, too, comes from an excellent winning tradition that will align well with our desire to build champions for Christ. 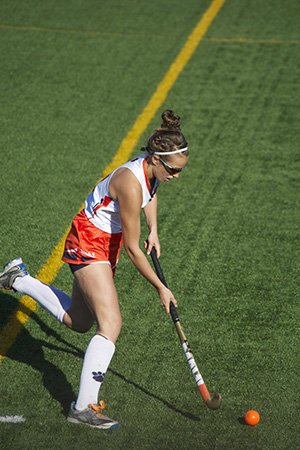