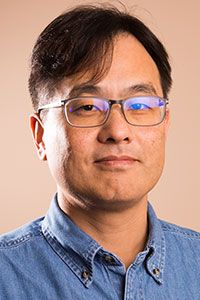 His research interests are the design and analysis of wireless communication systems with a focus on physical (PHY) and medium access control (MAC) layers in the communication protocol stack. Especially, his primary research interest is on designing radios/wireless networks with different levels of intelligence and their applications such as cognitive radios/networks in dynamic spectrum access (DSA) and machine-to-machine communications.

Dr. Bae also has a great interest in preparing engineering students through classes, directed research, and mentorship so that they can contribute to society through services and innovations in engineering.

During the course of his graduate study and professional career, he has been involved in a number of research projects funded by the NSF, national research labs, and private companies. His research has been published in a diverse range of IEEE journals and conferences.