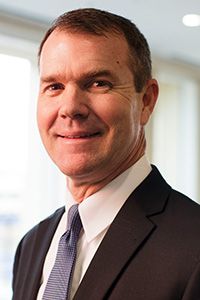 Dr. Keith Oglesby is an Associate Professor and the Director of Camp and Outdoor Adventure Leadership (COAL) in the Department of Christian Leadership and Church Ministries. Since arriving at Liberty University, he has both proposed and been the pioneer of the new Bachelor’s Degree in Camp and Outdoor Adventure Leadership (COAL). He has also written the curriculum for all of the new COAL classes that he personally teaches. In addition, to these residential COAL responsibilities, he also teaches Discipleship in Ministry, and Evangelism 101.

Before arriving at Liberty in August of 2015, Dr. Oglesby joined the Liberty University faculty after serving as both the Founding Executive Director and the Founding Camp Director of Carolina Creek Christian Camps which are located in Huntsville, Texas for 15 years. Under Professor Oglesby’s Leadership, Carolina Creek Christian Camps raised over 15 million dollars to develop its three camp properties, and grew from 1,703 summer campers in 2003, to over 14,000 summer campers and over 25,000 annual guests in 2014. During his 15 year tenure, Keith ministered to over 170,000 campers and saw over 10,000 campers accept Jesus Christ as their personal Lord and Savior. Keith was the catalysts of turning a vision of a non-denominational Christian sports camp for the Houston, Texas area into a reality.