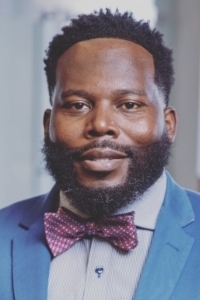 Al Hollie, Jr. is a native of Atlanta, Georgia. Al Hollie received his education from the Atlanta Public Schools System and is a graduate of Frederick Douglass High School. Al Hollie received a college education from the University of Alabama where he received a Bachelor of Science Degree in Education and was a member of the Alabama Crimson Tide Football team. He holds a Master of Divinity degree from Luther Rice University and Seminary. In addition, he holds a doctoral degree in Church Leadership from Wesley Theological Seminary in Washington, D.C.

By God’s grace, Al Hollie formerly served as a High School teacher and a football coach in the Atlanta and Dekalb school districts, Youth Pastor for Greenforest Community Baptist Church, Greater Piney Grove Baptist Church, Atlanta Area High School Chaplin for Fellowship of Christian Athletes (FCA), and Mission Staff for Atlanta Urban YoungLife.  He currently serves as Director of Urban Ministry and Asst Professor at Liberty University. He is also the founder of Urban Inspire Group, a consulting and coaching firm that provides an informational avenue of transformational instruction through education to invigorate the urban youth and all that serve them to live victoriously in all aspects of life. Al Hollie is also the author of “All Things To All People”, How to Create Engaging Entry Points for Next Generations in Traditional churches. Al Hollie believes firmly that “Life demands results, not excuses”.