Sophomore Michael Donoho, who shot the team’s high scores in both events, practices in the Smallbore discipline at the Liberty Mountain Gun Club range.

Head Coach Marlene Gray designated five student-athletes out of her roster of nine men and women who would represent the Flames and Lady Flames in the virtual events. The same five shooters placed first through fifth in the two categories, accumulating 2,204 points in the Air Rifle event and a 2,175-point total in the Smallbore competition.

Sophomore Michael Donoho was the Flames’ top shooter in both, firing a total of 570 out of a possible 600 in Air Rifle and 573 in Smallbore, which included shooting rounds at targets from prone, standing, and kneeling positions.

“We are very pleased with our first Air Rifle and Smallbore Postals for October,” Marlene Gray said. “We will now wait to see how our October scores compare with the other teams in the conference.”

Freshmen Josiah Zaragoza and Madeline Ashley, sophomore Faith Chapin, and junior Cassidy Hathcote also shot in both events, but their scores did not count toward the team’s placement.

Since students will not all return to campus after Thanksgiving Break, the athletes must complete the November and December postal events, for a total of four more postal competitions this month. The Flames and Lady Flames will host an Air Rifle event this Thursday and a Smallbore event next Thursday at the LMGC, followed by two more postal shoots on Nov. 16 and 19.

“November will be a busy month for us,” Gray said. “Of the eight times we will be at the range in November, half of those will be Match Days (with the other half practices). They are ready for the challenge.” 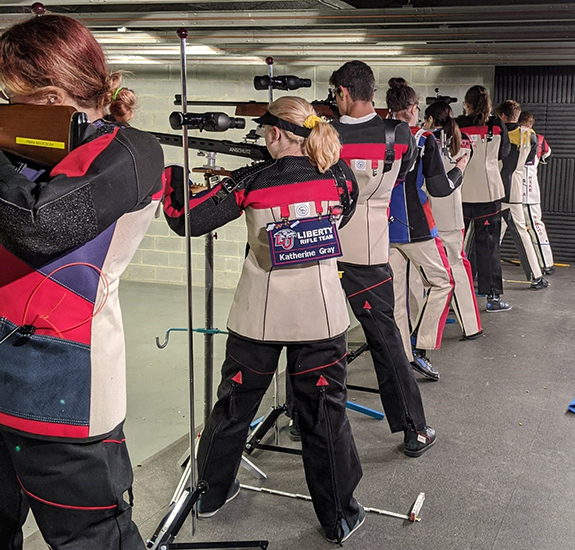