Though two members of the Flames' eight-man team were injured during Monday's practice on Whiteface Mountain, Liberty still advanced four of its six available riders, more than any other team, to Tuesday's finals. It was paced by sophomore Austin Santos' ninth-place individual finish, junior Brendan McHugh, who came in 14th, freshman Brian Conn (18th), and sophomore Garrett Long (24th) while senior Chris Holt tied for 32nd.

The Flames totaled 55 points to finish third behind only teams from Sierra Nevada College (9) and Westminster College (14), based out of Salt Lake City, Utah. California State University of Sacramento (67) and the University of Virginia (68) rounded out the top five.

On Wednesday, Liberty will enter contestants in the men's and women's snowboarding and skiing Slopestyle competitions. View live webcasts of the USCSA National Championships online. 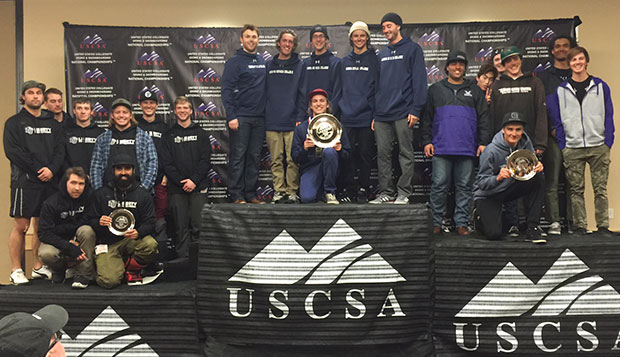