Flames Head Coach Timo Budarz also competed, representing Liberty as a member of the silver medal-winning sprint team after qualifying second and losing in the gold medal round.

Complete results are available on the USA Cycling website. 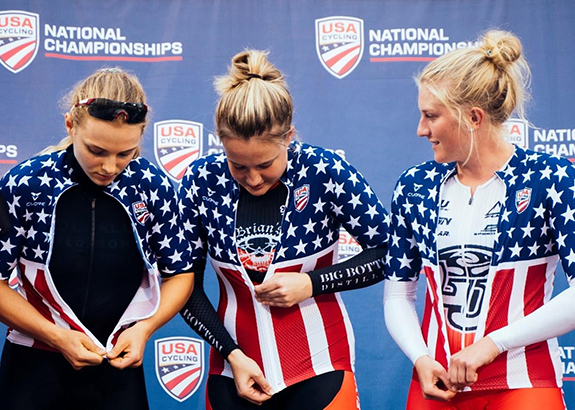 "She had the fastest qualifying time to advance to the gold medal ride in the women's pursuit," said Flames Head Coach Timo Budarz, who also competed in the elite men's 1-kilometer time trial, placing 11th. "She might have won the elite women's national title but needed to beat the second qualifier to seal the deal, and she took silver."

Matsick, from Warrington, Pa., averaged 46.115 kilometers per hour over the 9-lap, 3-kilometer course to place second to Elizabeth Stevenson from Rochester Hills, Mich., in the elite women's pursuit final in 3 minutes, 54.2 seconds, just over three seconds behind Stevenson (3:50.86).

"I think she didn't manage the heat of the day very well, waiting around for hours, but it was literally the first pursuit she has ever ran, so to land in the gold medal ride at the Elite Nationals … you can do worse," Budarz said. "These are the best riders there are (in the U.S.)"

In track pursuit racing, two cyclists begin on opposite sides of the velodrome. After starting simultaneously, each cyclist attempts to catch up to the other for the win.

On Saturday, Budarz and Matsick will compete in the men's and women's omnium events, respectively. The omnium, a four-race series that includes a "scratch," "tempo," "elimination," and "points" race, is a featured event at the Summer Olympics.

Live results are available on the USA Cycling website. 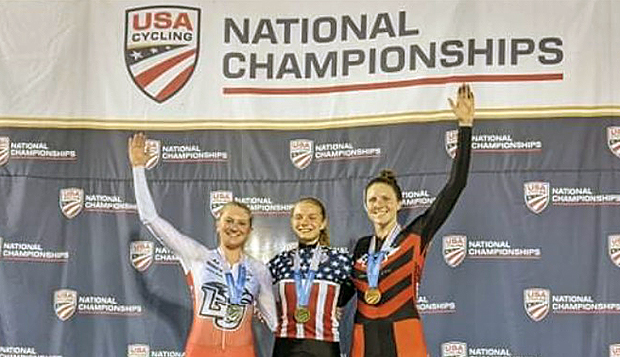