Sophomore forward Victor Blomberg started Liberty’s comeback against Stony Brook with a steal and score that cut the deficit to 2-1. (Photos by Andrew Snyder) 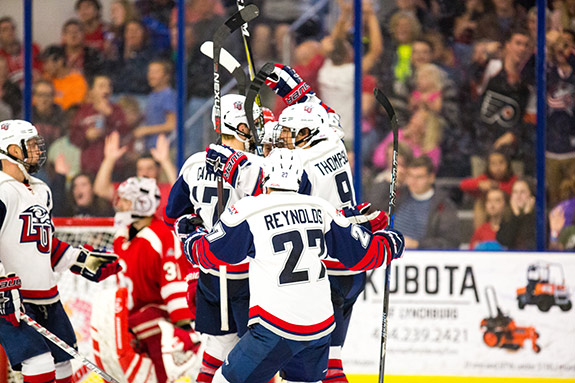