Liberty University's equestrian Hunt Seat team traveled to Richmond on Saturday to compete in an IHSA Region 4 show hosted by VCU. The Lady Flames placed third out of the 10 schools in the event with 33 team points, behind only Sweet Briar College (37) and Mary Washington (35). William & Mary finished fourth with 26 points.

"It was our best team finish of the season and another big weekend for Amber Gayheart in open flat and fences," Liberty Head Coach Suzanne Flaig said.

The Lady Flames will return to the Commonwealth's capital on Nov. 3 for another Region 4 show, this time hosted by the University of Richmond. 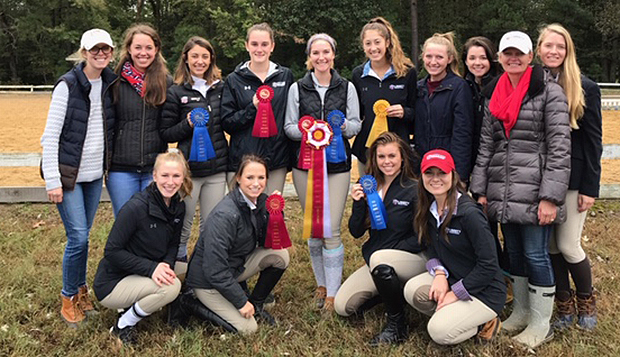