"That was Liberty's best Hunt Seat regional performance in program history," Liberty Head Coach Suzanne Flaig said. "From a mental standpoint, to not only qualify, but to send first-place riders from our region championships gives them confidence in their abilities as they move onto the bigger zone competition."

All four riders will represent Liberty at the Zone 4 Finals hosted by Virginia Tech in Blacksburg, Va., on April 7, with the top two finishers in each division there qualifying for the May 3-6 IHSA National Championships in Harrisburg, Pa.

Lady Flames sophomores Brianna Bass and Maddie Temple and senior Anna Davidson each entered the Intermediate Horsemanship division, the largest event at regionals with two rounds of competition. Bass and Davidson both performed very well in their preliminary rides to qualify for the finals, where Bass had one of her best performances to date to claim Reserve Champion honors.

Both Mays and Bass advance to the March 17-18 IHSA Semifinals in Reedsville, W.Va., where the top four riders from each division qualify for the May 3-6 IHSA Nationals in Harrisburg, Pa. 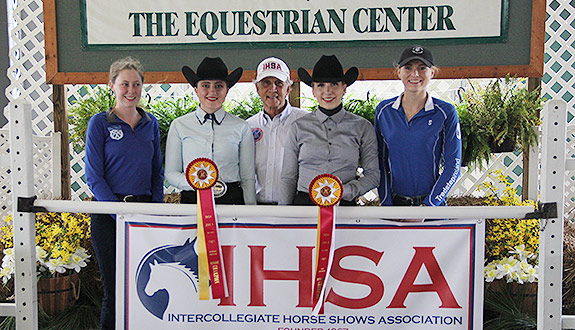