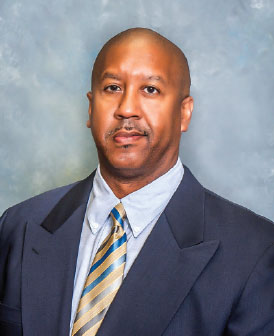 Learn about dining services’ general manager The long lines and over-crowded tables in the post-Convocation rush at the Reber-Thomas Dining Hall — also known as the “Rot” — is where Duane “Duke” Davis said he feels most at home. Davis, 48, is the general manager of Liberty University Dining Services, but most know him by his student-given nickname. “A few […]

END_OF_DOCUMENT_TOKEN_TO_BE_REPLACED 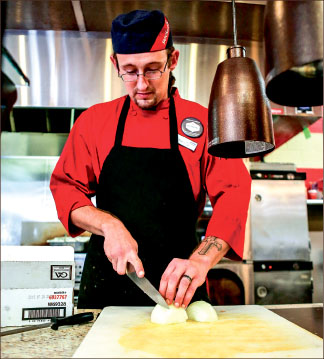 Steven Monetti views his job at the Dining Hall as an opportunity to serve A chef with thin-rimmed glasses and a loose smile prepares food behind a menu that offers a choice between Cuban rice salad and honey barbecue sandwiches. He grins, and hands a plate of food to a student on the other side of the counter. His nametag […]

END_OF_DOCUMENT_TOKEN_TO_BE_REPLACED

Sodexo club allows students to interact, critique and effect campus eateries Liberty’s campus has recently undergone several major changes, including the Jerry Falwell Library and the LaHaye Student Union, both completed in 2014. However, the campus’ large-scale construction projects are not the only transformation on campus. One such area of continued growth on campus can be seen in Sodexo, the […]