As unemployment shows no sign of decreasing, it is a bad time to be out of work, especially when one is fired because of a national scandal – just ask recent former CNN anchor Rick Sanchez. While on the Pete Dominic Radio Hour satellite talk show Sept. 30, Sanchez said that comedian Jon Stewart is a bigot, and should not consider himself a minority for being Jewish. He then said Stewart could not relate to Sanchez because he had been raised in wealth, though that is false. “He really nailed what it was like growing up in central Jersey in the early ’70s, the fortunate son of a single mother in the education field,” Stewart deadpanned on the Oct. 4 episode of “The Daily Show,” slamming Sanchez for assuming that Stewart lived a lavish life growing up.

END_OF_DOCUMENT_TOKEN_TO_BE_REPLACED 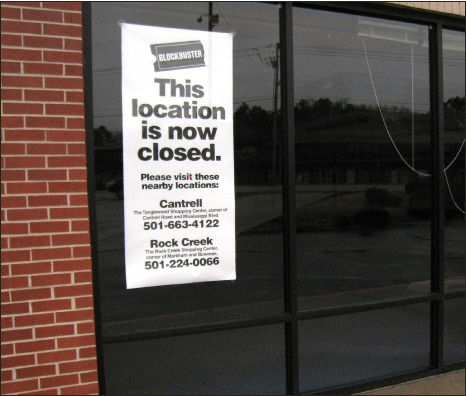 The video rental store is slowly becoming the dodo of technology. The video-rental chain Blockbuster Inc. filed for Chapter 11 bankruptcy under a $1 billion debt on Sept. 23, according to CBS News. The move caused the company’s stock to be delisted from the New York Stock Exchange and a large majority of its 3,300 stores are expected to close in the coming year. This announcement came on the heels of Hollywood Video, another of the nation’s major video chains, filing for bankruptcy in early February, eventually liquidating its product in August.

END_OF_DOCUMENT_TOKEN_TO_BE_REPLACED

Duke University’s College Republicans student group faces university de-charterment and is under risk of being de-funded after the removal of its president during the spring semester. The student senate of Duke University recently voted 20-3 to de-fund the political group, as ramifications to former President Justin Robinette’s impeachment in April, according to University of North Carolina’s The Daily Tar Heel. […]

END_OF_DOCUMENT_TOKEN_TO_BE_REPLACED

Congress recently had a very unusual, yet well-known speaker. Comedian Stephen Colbert gave a testimony on migrant labor issues during a hearing of Congress referred to as “Protecting America’s Harvest” Sept. 24. The hearing was for the House Judiciary Committee’s Subcommittee on Immigration, Citizenship, Refugees, Border Security and International Law, according to the Huffington Post. Colbert testified with United Farm […]

END_OF_DOCUMENT_TOKEN_TO_BE_REPLACED

The youngest son of Kim Jong-il, the leader of North Korea, was promoted to a military general on Sept. 27, a clear sign that he is to succeed his father as the country’s leader. Kim Jong-un has, for his entire life, remained one of the most elusive people on the planet. Only one photograph of him has ever been released, […]

END_OF_DOCUMENT_TOKEN_TO_BE_REPLACED

Wouldn’t it be nice if fairy tales were real? That thought suddenly hit me this summer. My hairdresser Sara was cutting and coloring my hair, and her daughter was watching a Walt Disney movie in the living room (not the Pixar ones. Think more old school, like the Lion King). I could not help but hear her enthusiasm. Her laughter […]

END_OF_DOCUMENT_TOKEN_TO_BE_REPLACED

Response to ‘China to lift one child ban’

[Letter to the Editor] Dear Editor, Recently the Champion (Sept. 21 issue) posted an opinion piece on the one-child ban in China. There were various portions of that article that I felt needed to be addressed. I would like to respond to the following statement that the opinion editor made. She wrote, “Now, China is re-thinking their strategy, since the […]

END_OF_DOCUMENT_TOKEN_TO_BE_REPLACED

So this is it — my last installment of From the Desk, meaning that this is my last edition as Editor in Chief of the Champion.  This, in some respects, is my final farewell, of which I have put off writing for as long as humanly possible. Part of me wants the next 12 days to hurry up and pass […]

END_OF_DOCUMENT_TOKEN_TO_BE_REPLACED

Many of Liberty University’s student body and staff remember the death of Dr. Jerry Falwell. Only some may remember when the radical Westboro Baptist Church (WBC) picketed the funeral because, according to the church’s posting on Godhatesamerica.com, Dr. Falwell “spent his entire life prophesying lies and false doctrines like ‘God loves everyone.’” WBC plans to picket the graduation of 18-year-old […]

END_OF_DOCUMENT_TOKEN_TO_BE_REPLACED

Blood-flecked sands bedazzle the beards of Israel’s enemies in the Middle East. Bulging hate-filled eyes, becrowned by tightly-wound turbans and quite often unibrows, are fixed upon the holy land like hungry lions. And while we shouldn’t judge a book by its cover, a cover is a good indicator of what is inside.  So, maybe it is time for a Middle […]

END_OF_DOCUMENT_TOKEN_TO_BE_REPLACED

IMMIGRATION: The assault on Arizona

Few topics are as conflict-riddled as illegal immigration, but virtually no other state has as much division about illegal immigration as Arizona. The state of Arizona passed Senate Bill 1070 April 23, considered “the toughest law of its kind anywhere in the country,” according to ABC News. Under this new regulation, police are required to investigate any individual on whom […]

END_OF_DOCUMENT_TOKEN_TO_BE_REPLACED

If squirrels were bards, they would sing of the great adventures I encountered during my four-semester stay aboard the Liberty Champion. There were some weeks where I felt like Aladdin on his magic carpet ride. While it had its amazing ups and downs, I always managed to keep my head in the clouds.  Of course, I could not do that without […]

END_OF_DOCUMENT_TOKEN_TO_BE_REPLACED

Writing through the years

Since the day my first-grade teacher introduced me to the world of books, I have been reading and writing. I can still remember the day Miss Finnerty looked at me and told me I would be an author when I grew up. That was at least 16 years ago and a lot has changed, but my love for written language […]