The year 2000 was the last of my childhood. I was 10 at the time and my sister, Paige, was 14. The doctor called on a suffocating July day to tell us she had cancer. What followed were countless nights holding back tears as I wearily consumed another meal of lasagna provided by friends, days sitting in her hospital room […]

END_OF_DOCUMENT_TOKEN_TO_BE_REPLACED

Religion in prisons: more than meets the eye

Going into a prison to witness to the convicted can be a real challenge when it comes to dealing with murderers or rapists. Because of this fact, there are organizations in each state founded to serve the purpose of reaching out to these men and women. We call them chaplains. There are chaplain groups for all religions — after all, […]

END_OF_DOCUMENT_TOKEN_TO_BE_REPLACED

Eleven-fifteen p.m. on a Friday evening is not the most convenient time for breaking national news that affects each and every American, yet it was the earliest President Obama, Speaker Boehner and Senate Majority Leader Harry Reid could come up with a deal that would prevent a government shutdown that was scheduled to take place at midnight that Friday. The […]

END_OF_DOCUMENT_TOKEN_TO_BE_REPLACED

Shawn Askinosie is considered by most a modern day Willie Wonka as he changes the lives’ of children through his chocolate entrepreneurship. Askinosie has designed a project, affectionately called Chocolate University, for the sole purpose of teaching local children how they can be involved in daily serving others through their vocations. The renovated 19th century tobacco factory in Springfield, Mo. […]

END_OF_DOCUMENT_TOKEN_TO_BE_REPLACED

Six-thirty a.m. on a Saturday morning is not something I see very often. Normally at this time, I have only been asleep for three hours and I plan on sleeping another five. But I was up Saturday with what my mom says is a “smile on my face and song in my heart.” The smile was for the bounty that […]

END_OF_DOCUMENT_TOKEN_TO_BE_REPLACED 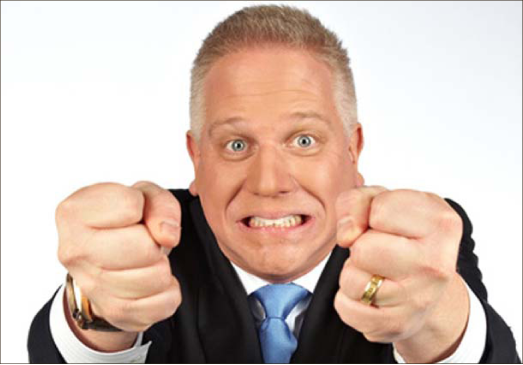 While there was heated opposition on Capital Hill this week, Fox News and Glenn Beck parted ways amicably. According to a New York Times article, Beck’s leaving seems to be a mutual agreement between Beck and Fox News. Some of the reasoning behind Beck’s leaving could be the advertisers who have boycotted the show as well as Beck’s steady stream […]

END_OF_DOCUMENT_TOKEN_TO_BE_REPLACED

High risk energy with a high payoff. But is it worth it? The earthquake and tsunami acted as the key to unlocking the beast from its cage as now the Fukushima Dai-ichi nuclear plant is releasing radioactive activity in the surrounding areas. “Despite the heroic efforts of technicians and engineers battling to prevent a full nuclear meltdown at the quake-damaged […]

END_OF_DOCUMENT_TOKEN_TO_BE_REPLACED

“Attraversiamo.” It means, “let’s cross over” in Italian. I do not speak Italian of course, but I heard the word in “Eat, Pray, Love,” and I can give a pretty convincing Italian impression if you overlook my blonde hair and translucent skin. I watched the movie last night and despite the overused “finding myself” cliché that weaves itself into each […]

END_OF_DOCUMENT_TOKEN_TO_BE_REPLACED

Now that we have passed the third week, scientists around the world are wondering how to help the Japanese deal with their still-unsolved environmental crisis. Yes, the earthquake was bad. In fact, the resulting tsunami was even worse. But after a meltdown at the Fukushima Dai-ichi nuclear power plant only a two hour drive north of Tokyo, Japan has had […]

END_OF_DOCUMENT_TOKEN_TO_BE_REPLACED

Constitutional protocol: what is it good for?

Egypt captured the globe’s attention with its civil unrest. Almost immediately after the resignation of Egypt’s President, Hosni Mubarak, the world’s attention was diverted to Tunisia and Libya. Pro democracy demonstrations broke out in Tunisia, which inspired Libyan citizens to rebel against Muammar Gaddafi, their leader for over four decades. Pro-democracy supporters have been called, “rebels.” Essentially, they are fighting […]

END_OF_DOCUMENT_TOKEN_TO_BE_REPLACED

The recent headlines which herald the tumultuous events occurring in the Middle East have arrested the attention and captured the imagination of Americans from every political spectrum. It is amidst these violent seas that America must reaffirm her ardent support of the State of Israel. In looking through the corridors of history, it becomes clear that Israel and the United […]

END_OF_DOCUMENT_TOKEN_TO_BE_REPLACED

I said goodbye to my grandfather Saturday. We stood in a frigid downpour in front of his grave as a member of the United States Air Force played TAPS on her bugle in the distance. As the honor guard knelt on one knee and presented my dad with the folded flag, he thanked him for my grandfather’s service and sacrifice […]

END_OF_DOCUMENT_TOKEN_TO_BE_REPLACED

Let’s get ready to rumble…

With the Iowa Caucuses less than a year away, many have been wondering who the GOP will select to enter the political ring against the reigning champ. President Obama won the race as a freshman senator from Illinois. There is no reason why a relatively obscure politician from the right side of the aisle cannot do the same. News sources […]

END_OF_DOCUMENT_TOKEN_TO_BE_REPLACED

Employment: Be a part of the solution

The seeming problem confronting many college graduates is that there simply are not as many job openings as there are job applicants. We’ve all been there. Hunting for summer jobs until the summer’s over, turning in 20 applications and never getting an interview… What are we to do? It’s not like the job market has a “graduates only” section if […]

END_OF_DOCUMENT_TOKEN_TO_BE_REPLACED

Letter to the editor: From the Chancellor

I asked our Provost, Dr. Ron Godwin, and his staff about one year ago to carefully review all of our existing academic programs before we proceeded with the launch of new programs […]