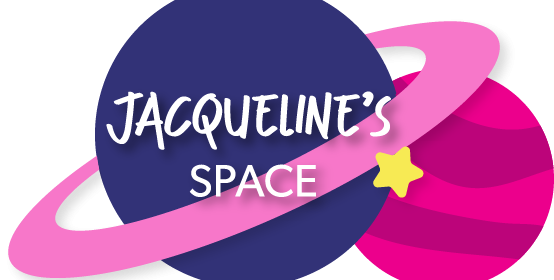 At the Liberty Astronomical Observatory, we like to refer to the 220,000-light-year wide Andromeda Galaxy as “the galactic smudge.”

From our position 2.5 million light-years away, this galaxy, twice the size of our own, is nearly impossible to see, so pointing out the object to guests can be a bit of a puzzle. With my green laser pointer trained at the sky, I’ll trace the stars in the sky, telling visitors: “Take the star Mirach in the Andromeda constellation and then look up and to the right and, using your peripheral, you might be able to make out the smudge.”

Whether the guests can see the galaxy or not, I jokingly call this moment the “existential crisis.”

Yes, the dark sky is a beautiful retreat from the bright lights of campus and seeing the illuminated gases of a nebula is truly breathtaking, but this moment carries something deeper.

If there were humans in the Andromeda Galaxy, they too would be straining to see the Milky Way, a tiny smudge in their dark sky.

Pointing out Andromeda is usually about the midway point of my night sky presentation in the summer. I start with Ursa Major or “the Big Dipper” and share the Greek mythological tale of the maiden, who turned into a bear after having an affair with Zeus. Through the telescopes, guests view Jupiter and its four main moons, and Saturn and its ring system. I end the presentation by turning toward the southern sky and tracing the part of the cloud-like shape of the Milky Way stretching through the constellation Sagittarius, where the black hole that holds our entire galaxy is. Existential crisis part two.

But this is what I love about astronomical observation. In 10 minutes, I have gone from explaining the rather comical Greek mythology of a bear with a long tail to the intricacies of black hole astrophysics all while standing under the glimmering array of constellations against a deep black sky. Astronomy is the discipline of science where human story, astrophysics and awe meet. It is these crossroads that make studying astronomy so meaningful.

Astronomy first finds its richness in how human’s have, for centuries, used the stars as a tool of human story. Most of the constellations in the northern sky come from Greek, Roman and Middle Eastern origins. They tell the fanciful stories of hunters, eagles and serpent-bearers. The common thread that is woven within them is stories of human daring or desire.

In contrast, the southern sky constellations were named during the 15th and mid-16th centuries, the Age of Exploration when Europeans began venturing to the southern hemisphere. Here, the sky is covered in objects of exploration: a carpenter’s square, a microscope and a telescope. The constellations give a deep look at the interests and desires of the people who named them.

Second, astronomy is this way of bringing the intricacies of astrophysics and applying them to the public sphere. Even after studying astronomy, I still say the sun has set, when I know we have only revolved away from it. But by watching the sky move from day to day, month to month and season to season, the organized and rhythmic relationship among objects of the universe becomes apparent. Likewise, as I am pointing out where the black hole is, I cannot break down the depths of the theory of spacetime, but presenting this information to the public creates an awareness that there is something greater holding us all together.

Finally, astronomical observation often boils down to inspiring guests with a sense of awe, both in the way of beauty and also in the vastness of the universe. That is what viewing the Andromeda Galaxy does. It spurs a sense of awe that something so vast and complex could appear to us so simply, or even unable to be seen at all. We realize that we are fragile, not in a moment of fear or dread but awe.

On the next clear night, look up to the sky. Take in the beauty of the stars but also the human stories being told and rest, simply, in the awe of creation.