Opinion: We Shouldn’t Limit Our News to Our Country’s Borders 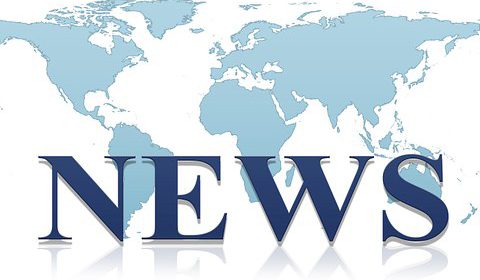 Americans often forget how big of a global impact our country makes on the world. Because of our country’s superpower status, Americans may not be so inclined to pay attention to international news. Therefore, we should be more cautious of only turning inward and not paying attention to what happens outside our borders.

In 2018, a Pew Research Center study found that across the globe, people were more likely to follow localized news. They also found that in the United States, only 17 percent of people said they followed international news “very closely.” In a report from the  United States Government Accountability Office on American eighth graders, nearly three-quarters of the students tested poorly in geography. Since most states and school boards do not prioritize geography, American students fall behind. These facts speak to the need for increased awareness of events overseas. Without this knowledge, our country becomes less empathetic, less aware and unable to properly analyze foreign policy.

Unfortunately, many Americans might not see any initial benefit to adding international news to their already overstimulated information diet in a time dominated by the rise of social media. However, by re-centering our news intake toward a more global outlook, you become more empathetic, increase your geographical awareness and gain a better framework to analyze domestic affairs. It will help give us a more comprehensive perspective on events both domestic and foreign.

The fact is, the closest most Americans will come to encountering extreme global poverty will be through an international charity infographic. By at least paying attention to world news like the political corruption in Nigeria or the unrest in Syria, one can better comprehend the cycle of extreme poverty. Understanding these concerns helps those who feel led to serve those most in need to become more empathetic and effective in that cause.

Apart from the altruistic reasons for engaging with international news, the personal and more obvious benefits will certainly show themselves in an increased awareness of the world and the events going on outside our borders. One of the best solutions is for us to either look more closely at the international news sections of major American publications or, better yet, actually find international news outlets. I recommend starting with France 24 because it has a 24/7 English broadcast that covers news from all over the world, including the United States, fairly and with a global perspective that I’ve learned to appreciate in my own media consumption.