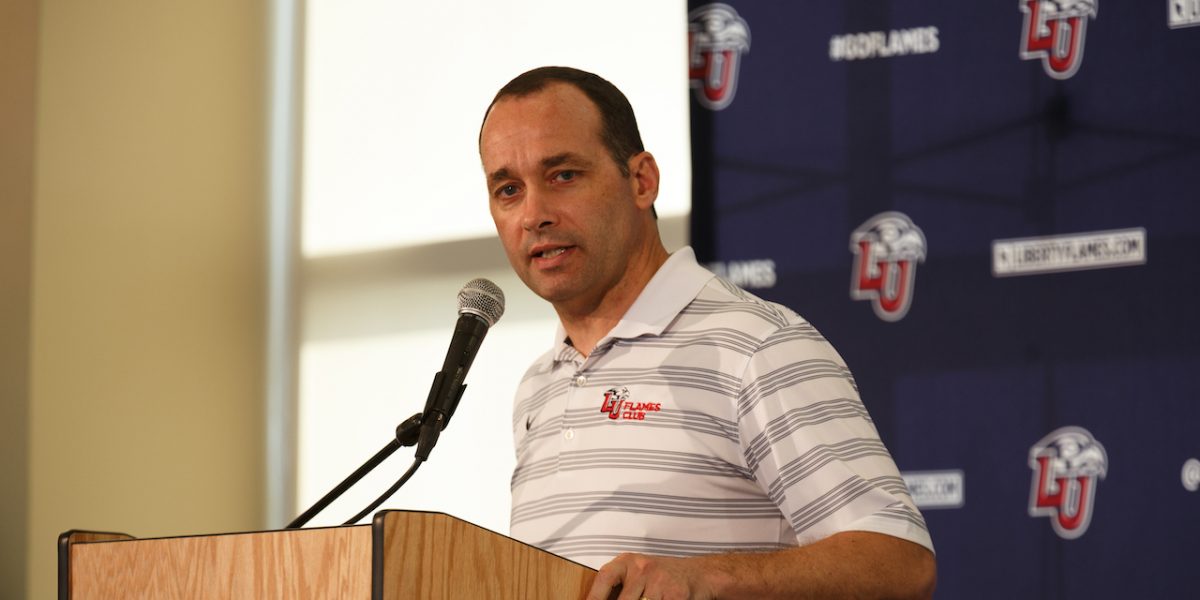 Liberty University lost its Senior Associate Athletics Director and Flames Club Executive Director Bob Good as he stepped down and enters the campaign trail to run for the Republican nomination for Virginia’s 5th District congressional seat.

Prior to resigning, Good served on Liberty’s senior staff for 14 years, helping Liberty’s athletic department bring in proper funding and donations for future growth. While working at Liberty, Good also served on the Campbell County Board of Supervisors as the Sunburst District representative.

Good announced his candidacy Nov. 14, 2019 and recently decided to go all-in for his campaign, hoping to beat out incumbent Republican representative Denver Riggleman, who recently visited Liberty to speak at a College Republicans event and is completing his first term as a congressman.

Good said Riggleman has betrayed the trust of the conservative Republican base that fills up most of the 5th District population “with his votes against the border wall in favor of increased immigration… ignoring President Trump’s policy on American jobs for American workers, and even restricting the ability of ICE (in) their jobs, just to name a few.”

According to a press release, Good is focused on his principles running as a constitutional conservative committed to the country’s founding Judeo-Christian values. Good is also a supporter of President Donald Trump’s America-first agenda.

“We are excited by the response we have received since we launched our conservative challenge for the nomination a little more than two months ago,” Good said per WSET. “We are going all-in to win this nomination and the General Election in November to make this seat bright red for Republicans in 2020.”

Good leaves behind a long legacy at Liberty University, graduating from the university in 1988, meeting his wife at Liberty and sending all three of his children to the school.

While in the athletics department, Good worked alongside Athletic Director Ian McCaw and thanked him for all the support McCaw gave him during the launch of his campaign.

“I want to express my deep gratitude to Director of Athletics, Ian McCaw, for his incredible leadership and the many ways he has personally supported and encouraged me during our time working together and since I launched my campaign,” Good said per a press release.

Good will go up against Riggleman in the Republican primaries June 9, 2020. The winner of the primaries will continue their campaign into the general elections Nov. 3, 2020.