Liberty Men’s Hockey takes a trip to Finland for missions 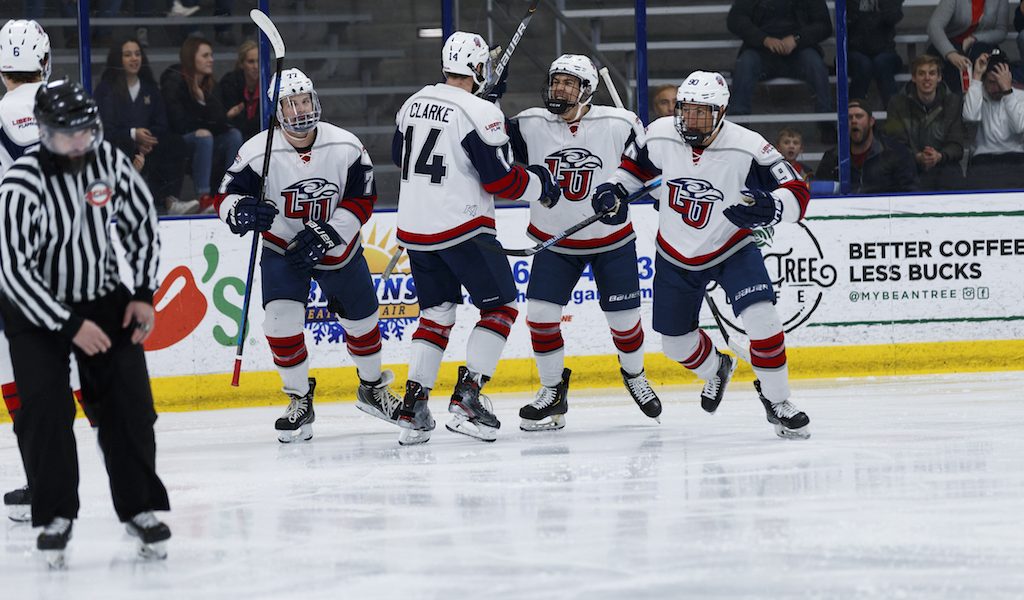 After soccer, hockey is perhaps the sport with the largest international reach and appeal, especially across Europe and North America. The Liberty men’s hockey team got a small taste of that international flavor over winter break as they traveled through Finland to serve the community and play hockey.

This was the first missions trip with the team for many of the players, and there were many different emotions leading up to the trip.

“To be honest I did not know what was going to happen. None of us really knew what our schedule was going to be like,” senior Jordan Bochinski said. “When we got there and saw the lives we were going to be impacting, it was really cool.”

The team partnered with an organization called Operation Mobilization (OM) when serving in Finland. Through partnering with OM, the team was able to serve the community through visiting schools, leading Sunday school classes and playing hockey in the community.

Although the time in Finland was full of service, the team still had an opportunity to play a game of hockey against HPK U18, a team from a nearby area. The Flames won 6-3 with two goals coming from Brett Gammer, a new addition to the team.

The two teams later went out to dinner together, sharing a night full of laughs, good food and conversation. This dinner was a highlight of the trip for Bochinski.

“Going out to eat with the team was pretty special because we got to have conversations with guys who were not necessarily believers, but we shared the same interests in hockey,” Bochinski said. “That was one of my favorite moments because I got to relate to people who can relate to us.”

Bochinski said one of his favorite service activities was interacting with children at the local schools.

“We had a unique opportunity to speak . . . truth into their lives and just hang out and have fun with them,” Bochinski said.

Though Liberty’s players were sometimes challenged by new experiences like new food and an unfamiliar country, Handy saw the trip as a chance to get them away from normal college life.

“Sometimes we can get caught up in sort of a bubble at Liberty, and it is good to get out of that and take the guys out of their comfort zone and put them into new environments,” Handy said.

One point of emphasis for the trip was showing the importance of using sports to spread the gospel both in Finland and at home.

“One thing that the trip taught me was that hockey and Jesus can combine,” Bochinski said. “Hockey is not one area and Christianity is not another area – God wants us to combine our passions with his word.”

Throughout all the unique experiences of the trip, Handy loved watching his team grow together.

“As a coach, you want to see them grow academically, athletically, socially – but we also want to see them grow in their faith,” Handy said. “When you see that progression together, out of their comfort zone, it provides a great opportunity for the team to grow and make a difference together.”