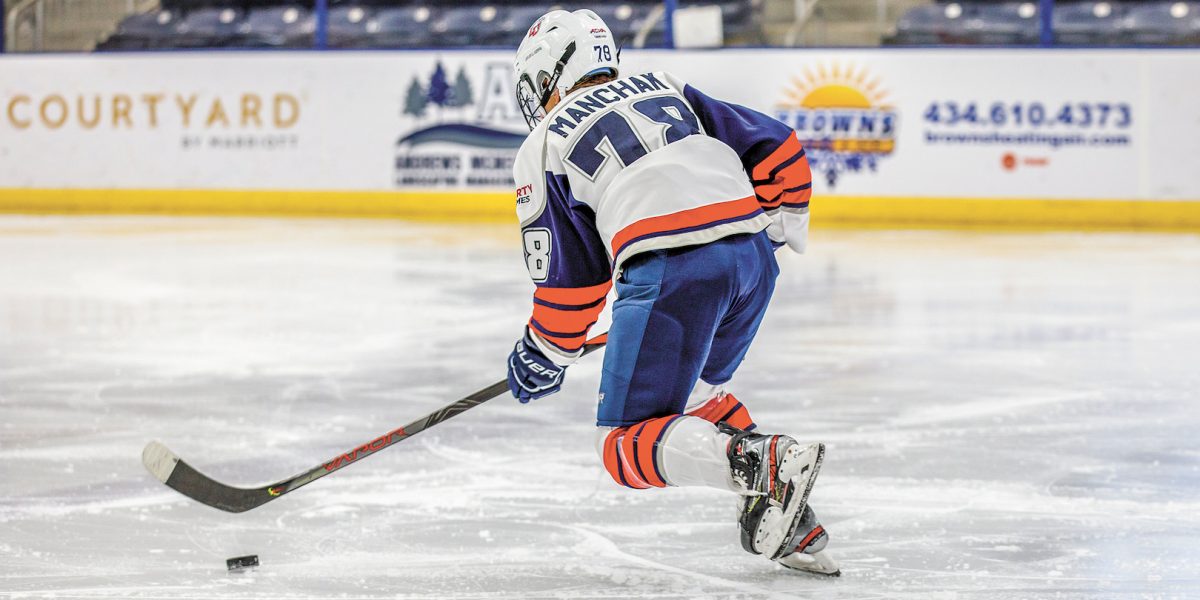 Coming to America and playing hockey seemed like a dream for Valeriia Manchak, but the Ukrainian native never expected something that she loved to take her this far.

At the age of 7, Manchak put on ice skates, and after a few hours of learning she realized that she could maneuver pretty well.

“I just wanted to learn to stand on skates when I was little,” Manchak said. “I never had the opportunity before, and it wasn’t good skating, but it was so fun.”

The only problem was that Ukraine had no girls’ hockey teams. A coach begged Manchak’s mom to let her play for the boys’ hockey team, and after some thought, her mom agreed.

Manchak began to excel as a young hockey player and learned what it meant to put in the work to receive the best outcome. But after some team disagreements, Manchak took a break from hockey.

Manchak’s brother took her to his boxing gym when she was 13, and then she began to learn the art of boxing.

“I put my hockey bag in the back of the closet,” Manchak said. “My new focus was boxing, and I did that for six years.”

Manchak would prove to be an adept boxer, winning three medals in 2015 at the World Goju-ryu Karate Championship in full contact as well as many other awards. A shoulder injury would ultimately end her boxing career, but the passion she still had for hockey led her to quickly move on.

“Over the years, I knew I just really loved hockey,” Manchak said. “I think this passion in hockey wasn’t the same as boxing. I liked boxing, but I love hockey. I always missed it when I was doing boxing.”

Even though she spent six years off the ice, she quickly found her rhythm back on the ice. She was able to put her skates back on and go to Canada to play for the Hockey Training Institute’s Elite Stars squad in Ontario and would eventually be recruited by Liberty University to play DI hockey in February 2019.

“Val is continuing to find ways to be successful,” Head Coach Chris Lowes said.  “I anticipate this will just continue to develop as she understands our league and the areas that she can expose offensively. I look forward to watching her growth throughout the rest of the season and coming years.”

Though hardships filled Manchak’s life while she was in the Ukraine, motivating people became her goal, aiming them to show the value of hard work and trust in God.

Manchak is currently pursuing her master’s degree in public policy, and she has a bachelor’s degree in criminal justice.

“The environment here makes me feel strong,” Manchak said. “I want people to believe in themselves, and I like to remind the girls that they are strong too. It is not about individuals, but about how we work together.”

“I am so happy that I am here at Liberty,” Manchak said. “It doesn’t matter what people do, but they need to believe in themselves.  You can do anything if you believe in yourself and believe in God.”