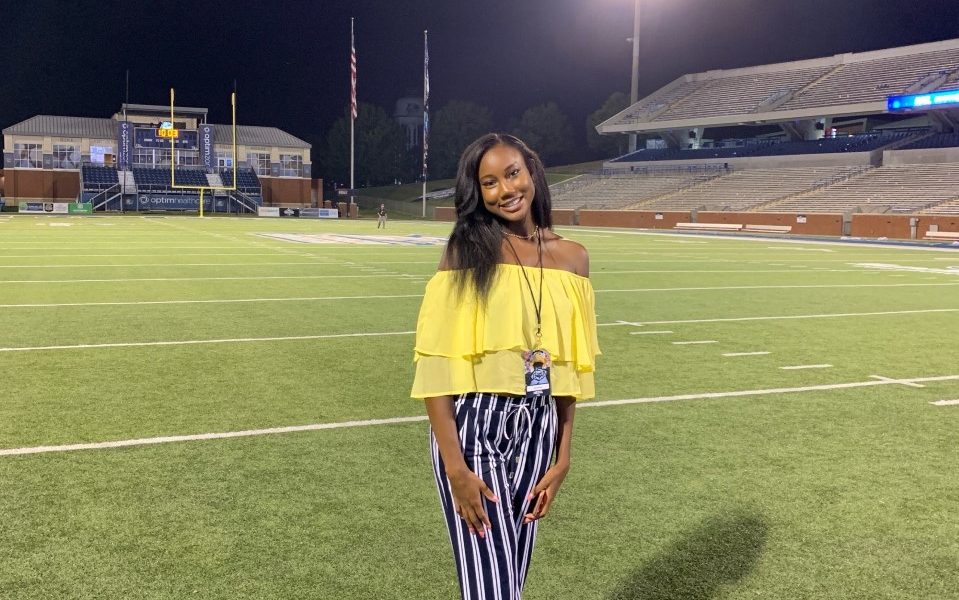 This week I had the opportunity to talk to Amanda Arnold, the sports editor for Tthe George-Anne, Georgia Southern University’s student newspaper. I had the chance to ask her a few questions about the Eagles season and her outlook expectations for the Cure Bowl, Liberty’s first-ever faceoff against the Eagles.

The Georgia Southern football season has definitely been a rollercoaster, but the team has managed to end things on a high note with a 7-5 record. There have been many injuries (s, some of them ended up season-ending), and some underclassmen have had to step up to the plate and fill some big shoes. With the death of a teammate, inclement weather for the majority of home games, constant lineup changes and a coaching change, there have been many obstacles that they have had to overcome. The team started out 1-3 and had to make some major changes to find success. GS had the amazing opportunity to play LSU in Death Valley, who was the toughest opponent on the schedule. Playing against a Heisman Ttrophy winner was obviously difficult, but the offense managed to get a field goal on the board.

On offense, junior running backs J.D King and Wesley Kennedy III have really kept things rolling. They have created an explosive running game and are really fun to watch. On defense, senior LB Rashad Byrd, cornerback Monquavion Brinson, and DE Traver Vliem have all had very strong performances this season.

The community was really excited about the Cure Bowl announcement. There are a few players on the team who have been directly affected by cancer, as many of us have, so playing in this game means so much more than just another bowl game. There are many students going to the game, (and) there are several charter buses, provided by a GS alum, that have already sold out. Since Orlando is not far from Statesboro, I expect a large fan turnout. Eagle Nation travels well!

The community was excited for Liberty because the Flames ’ playing style is so different from GS and we’ve never played each other before.

This season has been unique because of how many injuries there have been. The offensive line has been the most affected, but the team has remained a brotherhood.

I am predicting a GS victory resulting in a close 21-17 score. I think both defenses will be tough to get past and this will cause a low- scoring game. The toughest challenge will be getting into an offensive rhythm. Sometimes, it takes GS awhile to get it going and they are forced to play catch up.

The Flames will take on the Georgia Southern Eagles in the Cure Bowl Saturday, Dec. 21, in Orlando, Florida, for the Cure Bowl game.