Liberty’s theater group The King’s Players uses drama, plays to share the Gospel around the country 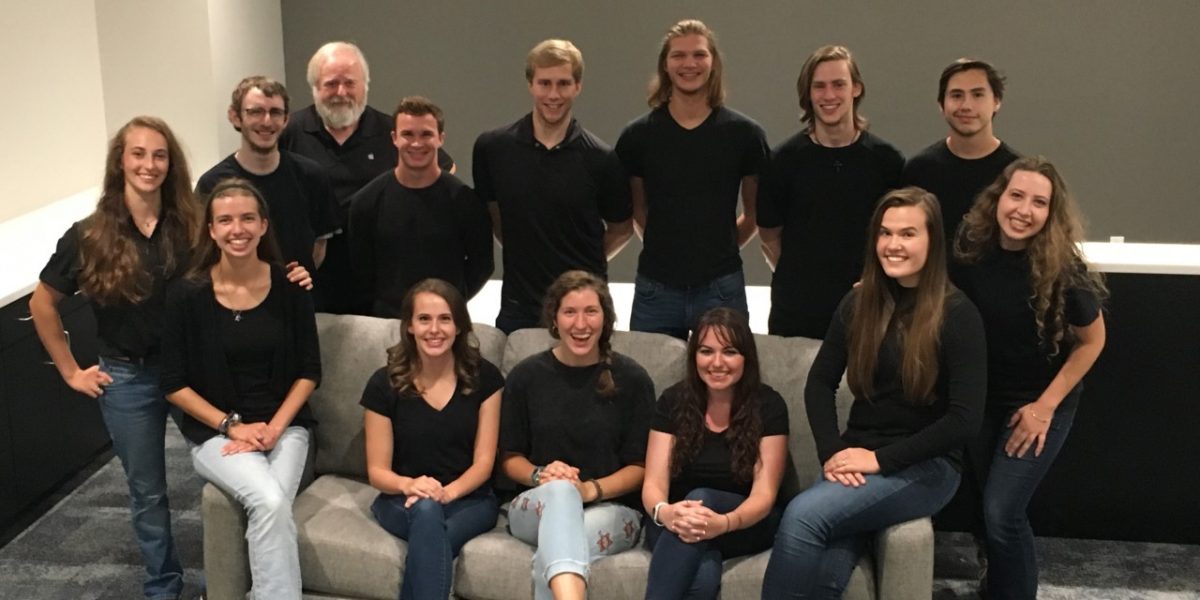 Fall break is a time for rest and fun before the second half of first semester starts. Students load into cars for day trips or outings home. For King’s Players, however, it means loading into a bus and traveling across states to New York City.

This year, King’s Players, a traveling drama ministry team composed solely of Liberty students, took their shows on the road to Brooklyn, Manhattan and Niagara Falls. The team began practices in September immediately after students completed auditions, callbacks and interviews to be selected for the team.

The team is led by Dr. David Allison, an online professor for Liberty and former residential professor. Gavin Houts and Brittany Slaughter act as team leaders and directors, and Hud McWilliams is the alumni director.

Houts is currently in his fourth year on the team. While Houts has seen changes in leadership, the atmosphere stays the same.

“It’s always been super family-centered and just everyone encouraging one another and trying to push each other to glorify God through everything,” Houts said.

This is Allison’s 50th year on the team. His wife, Connie, serves as the team’s music director for the Easter musical the team tours each year. She is an Liberty  alumna and currently is the executive director of the Center for Academic Development.

Though some aspects have changed, said Allison, what matters has remained the same.

“The things have that remained the same far outnumber the things that have changed,” Allison said. “There’s always been the purpose to communicate the Gospel through drama. That’s never changed. The evangelistic emphasis never changed.”

The fall break tour started Oct. 2 with the team travelling through the night to arrive Thursday in Manhattan for a day of sightseeing. After attending “Phantom of the Opera,” the team slept in missionary housing in Brooklyn.

On Friday, the team focused on its mission of sharing the Gospel through drama as it performed for a Salvation Army drug and rehab center in Jersey City, New Jersey. There they saw an estimated 17 men give their lives to Christ following the team’s evangelical show, “Which Way.”

The team traveled through the night again to arrive at a church in Niagara Falls for the last two performances of the trip. On Saturday evening at the team’s second performance of the tour, four people accepted Christ.

After staying in host homes provided by members of the church, the team performed its youth show, “A Light in the Darkness,” for the Sunday morning service. The show is about drugs, peer pressure and finding one’s identity in Christ.

The invitation lasted about 20 minutes as church members flocked to the altar to repent and restore their lives with Christ and one another. The pastor also made a recommitment to
his church.

Houts said as much as he loves seeing exciting places like Niagara Falls, the impact on lives from the trip is one of his favorite parts.

“The impact that we see really encourages the team as a whole. …We are actually impacting lives and what we are doing is for the glory of God and not of our own doing,” he said.

Allison also enjoys the impact the shows have on the audience and cast.

The team will present two performances of “Catacombs,” a play about persecution, faith, and survival, Nov. 15 and 16 at 7:30 in the School of Business Auditorium, RM 1000.  Admission is free and open to the public.