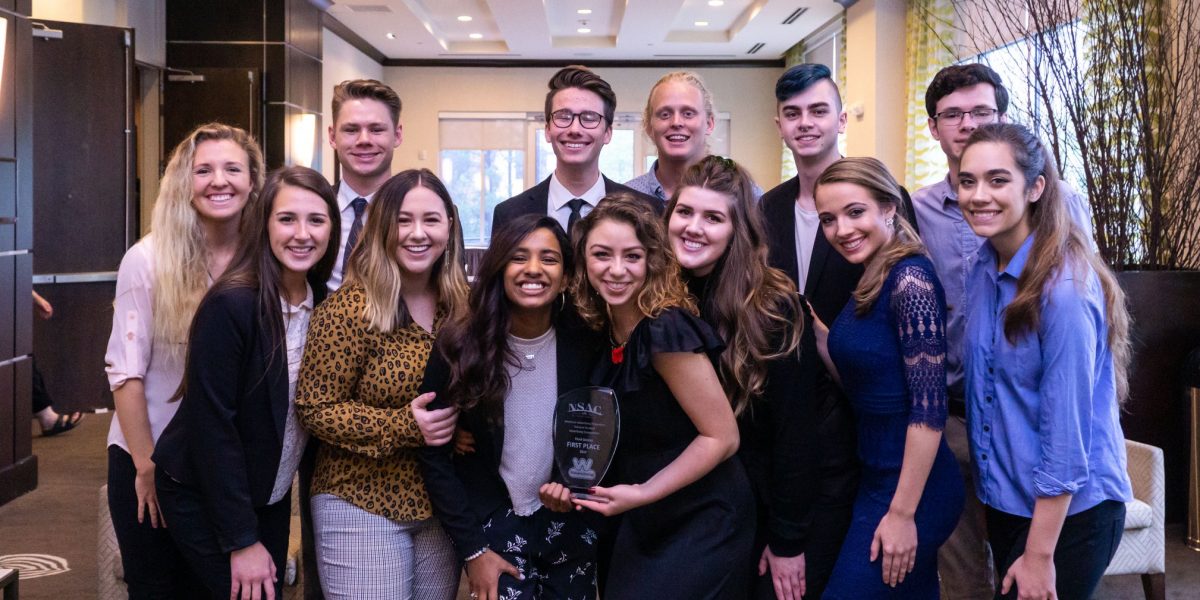 As part of Liberty’s advertising team, Liberty students get to step into real-world marketing by developing their own ad campaigns and presenting them at the annual National Student Advertising Competition.

After placing second at the competition in the spring of 2019, the team is gearing up to plan their ad campaign for the 2020 competition. This year the team is a mixture of returning members like Liberty senior Emily Reidy and new faces like senior Emma Jean VandenBrink.

Most of the students in the team are strategic communication majors, but others are graphic designers, video editors and other majors which help with the process. The entire project takes a whole year because of the work that goes into the ad campaign.

“The first semester in the fall is usually the time we spend planning, pitching ideas to each other, and getting to know the product we need to create a campaign for,” Reidy said.

Liberty’s team competes against other colleges all around the country who are all trying to create the most effective advertising campaign for a company’s product. Before making it to the finals, the ad team must finish first in their district and then in the semifinals round. The American Advertising Federation chooses the company and sends all the teams a case study (the information the teams need to know about what the company wants from the ads). Last year’s ads centered on Wienerschnitzel, a national hot dog chain.

“I think it gives them a new perspective,” Reidy said. “None of us had ever worked with the client last year, so we had a lot of new ideas they may not have thought of.”

Many new faces came to the team this year, and Reidy said she thinks it will be a great competition.

“We’ve met so many people this year who are new on the team,” Reidy said. “I think we will do well.”

Being a part of a nationally-placed competitive team gives the participants great opportunities and connections. When the team began rising in the competition last year, the members of the team received emails from the judges requesting their resumes, Reidy said.

Being a part of the ad team has both its challenges and its benefits.

“For me, the most difficult thing is trying not to get overcome by how different it is from last year,” Reidy said.

According to Vanden- Brink, a lot of new information makes joining the
team difficult.

“I think when you get in an atmosphere like this where it’s a real-world challenge or task, that’s when you realize how much you really don’t know,”
VandenBrink said.

Both students love seeing everyone’s creativity and teamwork play a huge role in how they work together.

“On days when I feel like I have hit a wall, I can come in and feel encouraged by all the new ideas the others have,” Reidy said.