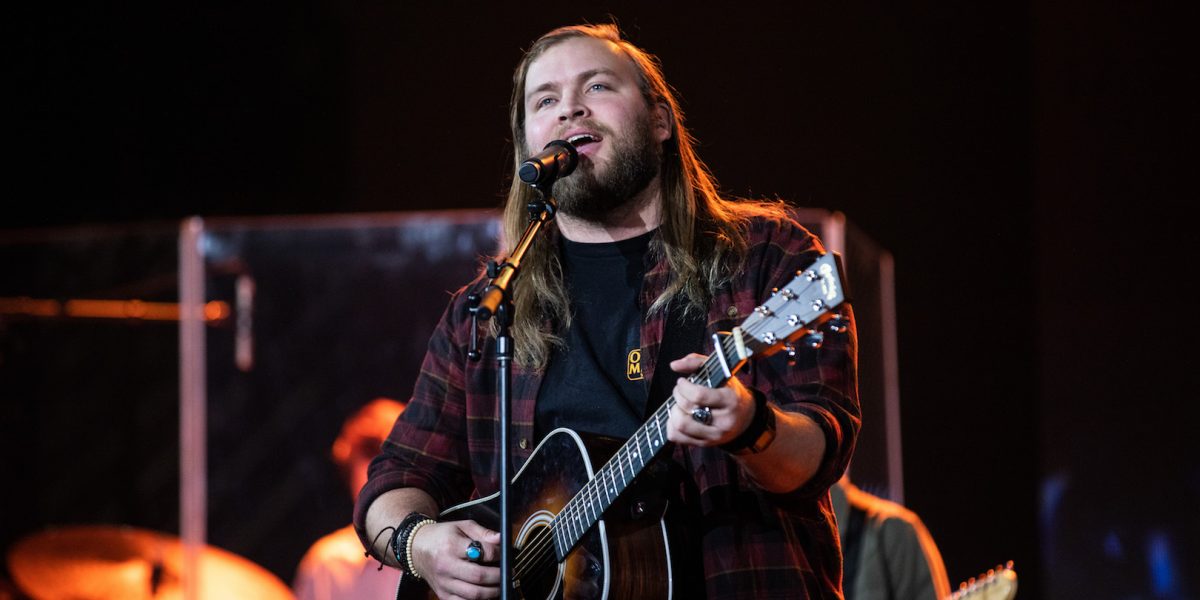 David Nasser jokingly calls Judson Harris “Liberty’s Thor” because of the musician’s long blonde hair and beard, but his real superpower comes from a powerful voice, talented musicianship and a heart for spreading the love of Jesus.

Harris’ ability was thrown into the spotlight recently at the Dove Awards when Vertical Worship’s song “Yes I Will” was nominated as one of the top five best worship songs of the year. As a member of the band, Harris was the lead singer of the song, which has over 25 million listens on Spotify.

Harris is actively involved in Vertical Worship and often away from Liberty, where he is working on his master’s degree. He said being at Liberty is one of the most influential things of his life – especially being a part of the Worship Collective. Harris said he’s learned almost everything he knows from the Collective’s members and leaders.

“The gospel is the center of what we do,” he said. “We are trying to help people see that God is as relevant for their lives as he was when he was on earth
2,000 years ago.”

Harris came from a musical family, with siblings and a parent involved in music. Harris calls the small town of Okeechobee in south Florida home, although he is often traveling. Vertical Worship originates from Harvest Bible Chapel in Chicago. But the large distance between Florida and Illinois isn’t much of a problem for Harris and the other band members.

“We rehearse some before events, but since we wrote the songs we already know them up and down,” Harris said.

Harris joined Vertical Worship in 2017 when he interned at Harvest Bible Chapel. The band was started in 2012 and now has a half-dozen albums behind them, with another coming out in February.

Harris loves being a part of the band.

“We all love to play music and sing, but we all share the mentality of having a heart for the local church and worship,” Harris said.

Though Harris loves the music the band gets to play, he views the band as family – not just a touring group. One of his favorite parts of being a member is ministering to people across the world and seeing what God is doing. Vertical Worship has played in Canada several times because of its close proximity to Chicago, and in the summer of 2019, the band performed in Mexico.

The band is able to impact people across the world from their events, digital recordings and the radio. Harris views his time with Vertical as not only an opportunity to minister to the nations, but also to serve his fellow band members. Being in a band comes with its challenges, though, with Harris’ heavy workload often leaving him pressed for time.

“A lot of people think being in a band means traveling to cool places and trying neat foods, but at the end of the day, it’s a lot of hours at an airport waiting for a flight, car rides and catching sleep at hotels,” he said. “The travel is both a blessing and a curse.”

The physical exhaustion from traveling so much takes an emotional toll as well. Over time, he and the band members have come to see that home, their families and their local church are the true prizes.

Vertical Worship has hundreds of events every year, Harris said. While there are five vocalists in the group plus keys, guitars and percussionists, not everyone in the band is sent out to each event. They try to send at least three singers out, but Harris said several of the vocalists have families of their own, and being away from them even for a few days can be hard.

Harris wants to continue exploring his love for storytelling by writing more songs in the future.

“I want to write songs that dive into the mysteries of God, who he is, and what he’s done for us,” Harris said.