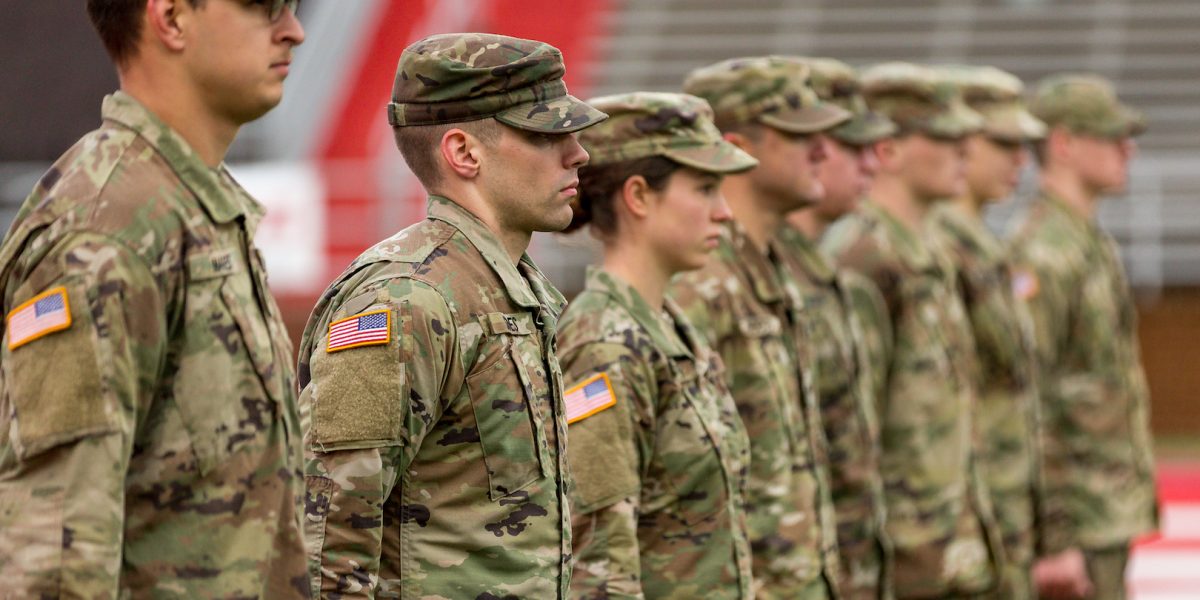 Military Emphasis Week, part of Liberty University’s initiative to show appreciation for students who have served, will take place from Saturday, Nov. 9 to Saturday, Nov. 16 on campus and will feature various activities for veterans and students in the military.

On-campus events kick off on Saturday, Nov. 9 with the Valley Vue Mike Donahue Memorial Five Miler held at Hydaway Outdoor Recreation Center. Donahue was killed in action in September of 2014 while serving his country. The race begins at 9 a.m., but a special pre-race ceremony will begin at 8:45 a.m.

Later that day, students will have the chance to go to a Military Appreciation hockey game. A pre-game ceremony will start at 6:45 p.m. and the game will start at 7 p.m.

On Monday, Nov. 11, the women’s basketball team will play in a specially designated military appreciation game against Chattanooga at 7 p.m. in the Vines Center.

Wednesday, Nov. 13 will feature an especially significant event. At 9 a.m., a new Veterans’ Center will be unveiled and open for tours. The new location will be in the Montview Student Union in Suite 2770. Jonathan Norman, supervisor of the Military Affairs Veteran Center at Liberty,  is looking forward to revealing the new space to the public.

“We’ve done everything we can to get the most effective use out of this space,” Norman said.

The new center will be much bigger and more comfortable for veterans to come in and lounge. It will have two offices, an added conference room, new televisions and study spaces. The lounge will be three times as large as the current size.

Norman was enthusiastic about the potential that the new space has.

“There’s so many transitional needs that student veterans have going from being a war fighter to a civilian student,” Norman said. “We truly believe that there is an answer in finding our purpose in Christ, so this Veterans Center is going to be something that’ll help us keep building that culture.”

Another event will be held in the new Veterans Center on Nov. 13, but will begin at noon and go until 1:30 p.m. The Veterans Appreciation Reception will feature light refreshments and will be open to service members and veterans from Liberty University’s faculty, staff and student populations. An RSVP is required to attend.

Two Convocations will be dedicated to appreciating Liberty’s veterans. Convo Select on Thursday, Nov. 14 at 10 a.m. in the Concert Hall in the Center for Music and Worship Arts will be led by a military veteran. Military Appreciation Convocation will be held on Friday, Nov. 15 and will feature “patriotic music, a special speaker and a salute to our Armed Forces,” according to Liberty’s Military Affairs website.

Military Emphasis Week will end with the Student Veteran Alliance Gala, an invitation-only event that will feature food and networking opportunities with a guest speaker for Liberty’s student veterans. The event will take place on Saturday, Nov. 16 in the Montview Alumni Ballroom.

Norman hopes that all students will be able to benefit from Military Emphasis Week.

“For students, it’s a good way to be able to recognize that the university as a whole is very military friendly, and not just in word, but in deed,” Norman said. “We get support at all levels here at the university for student veterans.”