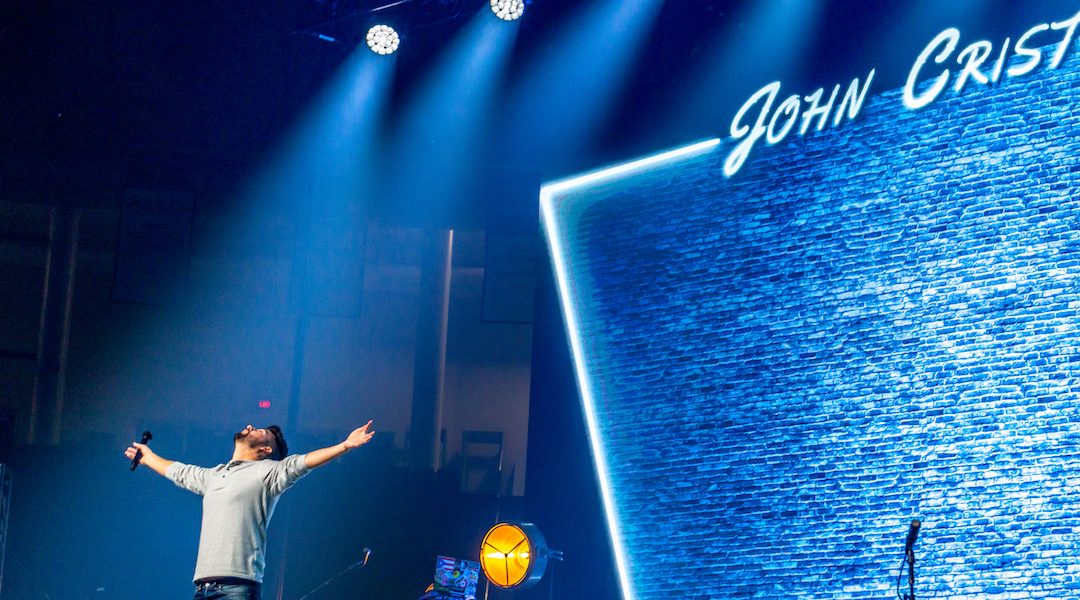 The LUPD officer to the side of the stage fought to stifle his laughter. The Rhino security worker bent over laughing onto the side railing. A young boy in the front row laughing with abandon clung  to his mother’s arm as if to say, “Did you hear that? That is so you!” Regardless of the age or the reason for attendance, John Crist and his team of performers had the audience in stitches.

Fans of the Christian comedian filled the seats of the Vines Center Nov. 1 during his Lynchburg stop of the cross-country “Immature Thoughts” comedy tour with opening acts Dustin Nickerson, Aaron Weber and DJ Mykeal V.

The popular topics of jesting included things to do in Lynchburg (or the lack thereof), an original dance from his homeschooled days, Bird Scooters, contemporary Christian culture and a big finish only fit for “The Lion King .” The pinnacle of the night was undoubtedly the joke battle that quickly escalated into a roast battle between Crist, Nickerson and Weber with DJ Mykeal V as the judge.

Crist had been a guest at Convocation earlier Friday morning and had taken part in what has since been described as a battle of wits between himself and Senior Vice President of Spiritual Development David Nasser.

Crist will continue his tour until the end of November. There is only one more show in Virginia on Nov. 22 in Hampton.

Crist will soon be featured in the Netflix-produced stand-up, “I Ain’t Praying for That.” The special will be available for streaming Nov. 28.

At the conclusion of the show, Crist had no ending message to leave with his audience, only clean comedy targeted toward those of the Christian community.

“Just carry laughter with you,” Crist said. “You are going to leave with the same problems you came in with. I can’t fix that. But laughter, laughter is the best medicine.”