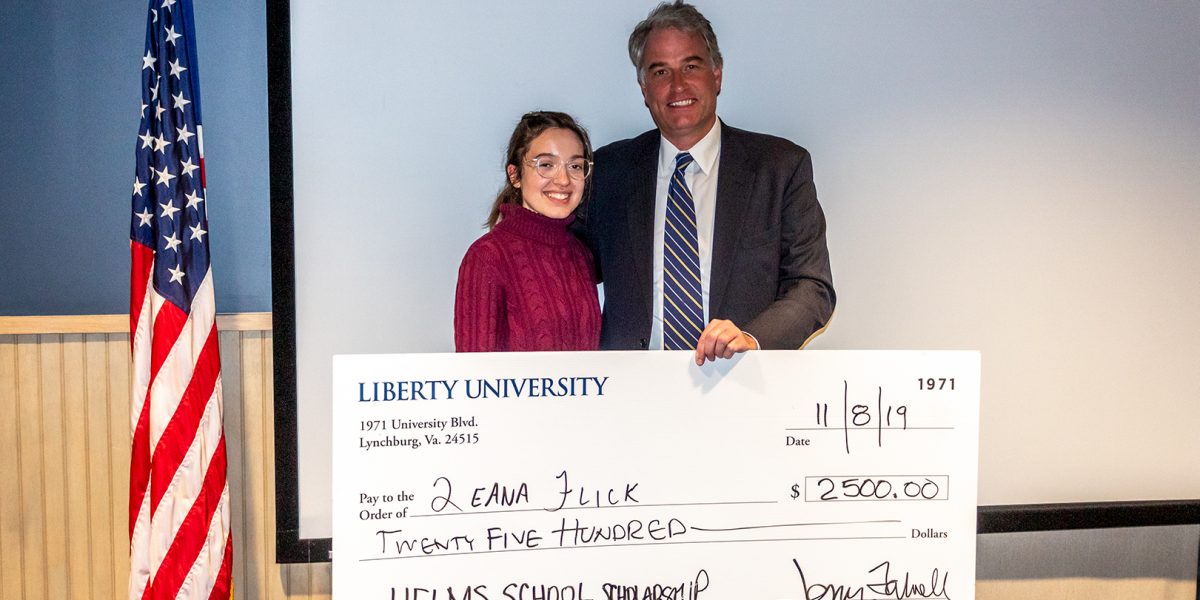 The Helms School of Government gave the scholarship opportunity for CFAW students to submit a 500-word essay about the importance of self-government and virtue.

Hurt explained how they chose this topic to promote one of the three principles of the founding of our country.

“Our founders understood and believed that the only way we’d preserve our freedoms for future generations is by promoting virtuous citizenry, which is a goal of Liberty,” Hurt said.

After all the finalists presented their essays, the judges went into another room and discussed the results. The CFAW students took this time to meet and encourage one another.

When judges re-entered the room, Hurt took a moment to tell each individual student what he liked about their unique presentations.

Parke and Fisher both encouraged the students to continue to work hard and to use this as a learning experience. They told the finalists they would be blessed to have them in the classroom at Liberty and announced that Flick would take home the scholarship.

Flick said she happened upon the scholarship when she registered for CFAW. Since she planned to come, she thought she might as well try.

While researching, she looked for a pattern in the connection between self-government and virtue. She found that the lack of authority or authority being present made the difference between the success
and failure.

Flick discussed the important connection of self-government and virtue and how one cannot have this without authority.

She used the example of Thomas Jefferson’s implementation of self-government in the University of Virginia when it was first founded. Flick explained how chaotic the campus became when the students were held under no authority. Flick’s is highly anticipating the start of her freshman year at Liberty in the fall.

“I am looking forward to coming to Liberty and being able to study my specific major, strategic intelligence,” Flick explained. “I am also excited about the mentorship that happens between instructors and students.”

Flick is a high school senior and will attend Liberty University in the fall of 2020.