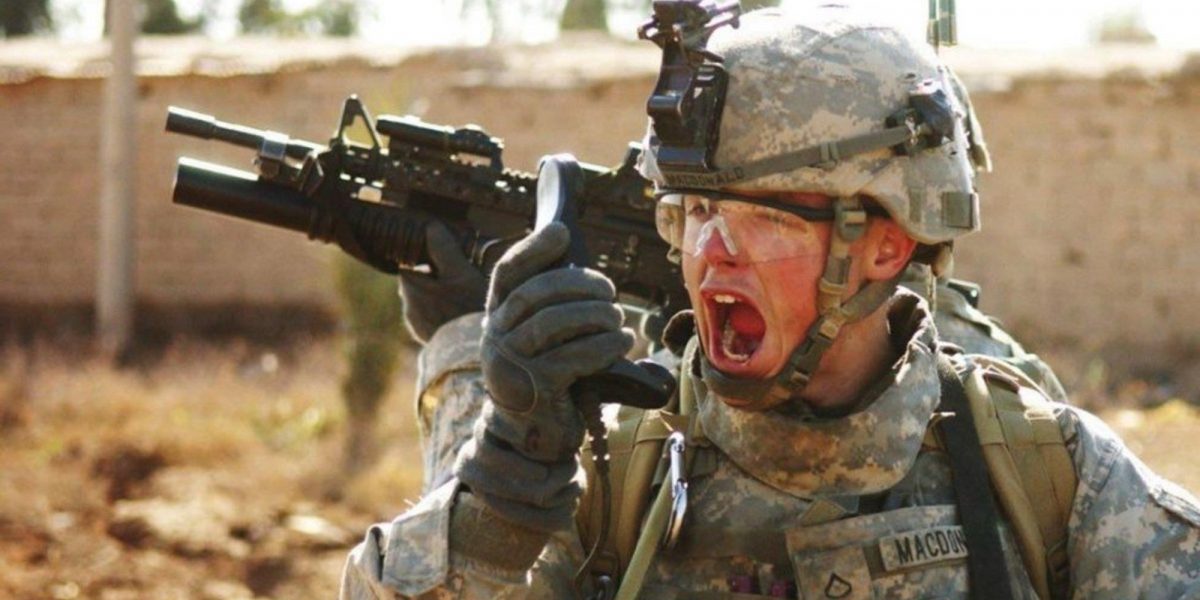 In one day alone, Jesse Macdonald lost nine members of his platoon of 18 while serving his country in Iraq. Experiences like this do not leave a man unchanged, especially when those he lost had become closer to him than family.

The bond that he shared with the men he fought for freedom with is unbreakable. Macdonald continues to remain in touch with several of them and even named his son after three of the men who passed away.

“The people that I was able to serve with were some of the finest people that ever graced the earth,” Macdonald said. “They died doing what they believed was the right thing to do.”

Macdonald joined the U.S. Army’s 82nd Airborne Division in Fort Bragg, North Carolina after graduating high school in 2005. He served in Iraq in the Diyala River Valley near Balad Ruz for 16 months during a period of heavy fighting. His unit received the Presidential Unit Citation for their service.

Macdonald was injured from explosions and suffered from a traumatic brain injury that still affects  him today. Despite his injury, he knows he is blessed just to be home.

“I ended up coming home by the grace of God…,” Macdonald said. “There were several people who didn’t.”

Though the battle was over, the fight had just begun for Macdonald, as is the case for so many veterans. For   most veterans, integrating back into civilian life after experiencing war is not only difficult, but sometimes impossible, without the support of others.

One of the most difficult parts of the transition is being separated from those who become closer than brothers.

“(You) crave and miss the camaraderie that you will never really get again,” Macdonald said.

Macdonald went from being a paratrooper to a stay-at-home dad basically overnight. This transition from the military where one is defined by ranks and constant responsibility to an environment where others do not understand the horrors he faced was sometimes difficult.

Culture shock comes in the most unconventional ways. Macdonald remembers standing in line at a fast food restaurant not long after returning home from Iraq. A lady in front of him was complaining that her order was taking too long, and he became frustrated with how people fail to realize just how blessed they are after he had just experienced war at its worst.

“I saw some of the worst of which humanity has to give … being able to come home and see how overwhelmingly blessed we are as a nation. Of course, there are things that need to be worked on, but there is no room for complaints … we don’t sit around wondering if there is a bomb in our road,” Macdonald said.

Supervisor and Military Student Liaison of Liberty University’s Military Veterans Center Jonathan Norman said the Veterans Center exists on campus to provide students like Jesse Macdonald with the support they once had in the military to help them make the difficult transition easier.

“When you get out of the military, you have some really cool experiences. You have a lot of cool resume points, but you’re like, ‘now what am I (when you return home),” Norman, director of Military Affairs, said.

Other organizations like the state and local organizations and Student Veterans Association (SVA) at Liberty University exist to “initiate positive camaraderie between vets of all branches,” Macdonald said.

Helping build community similar to what they had in the military helps deal with problems veterans face, such as post-traumatic stress disorder (PTSD).

Macdonald said suicide is pandemic in the military and encourages anyone dealing with suicidal thoughts to call the Veterans Suicide Prevention line at 1-800-273-8255.

“When I think about the traumas that were thrust upon those that came before me, I can only imagine the pain and suffering they went through without ever being able to open their mouths about it,” he said.

Macdonald said he is also grateful to live in a country that appreciates veterans and is willing to assist them.

“The current political climate in which we live right now is such that we as veterans enjoy a lot of thanks,” Macdonald said. “It means a whole lot. It’s a very, very good thing.”

President Trump announced in August at the AMVETS National Convention in Kentucky that he took “executive action to ensure that our wounded warriors are not saddled with mountains of student debt.” This will forgive the student debt of over 25,000 disabled veterans, erasing an average balance of $30,000 , Trump said .

Macdonald said this means so much for the military community, and he personally knows some people who will benefit from this. Macdonald said he is also grateful to live in a country that appreciates veterans, especially on
Veterans Day.

Macdonald is years into his transition and is still learning what it means to be a part of civilian life. While war seems like worlds away, its effects are still lasting.

“War may as well be the name of a distant planet that no one has ever been to … just because of how different it is from where I come from,” Macdonald said.

Macdonald now serves as the president of the Student Veterans Association at Liberty University, where he is a psychology major.

Macdonald will receive the George Rogers Champion of Freedom award and will be honored at the Military Emphasis football game Nov. 30.