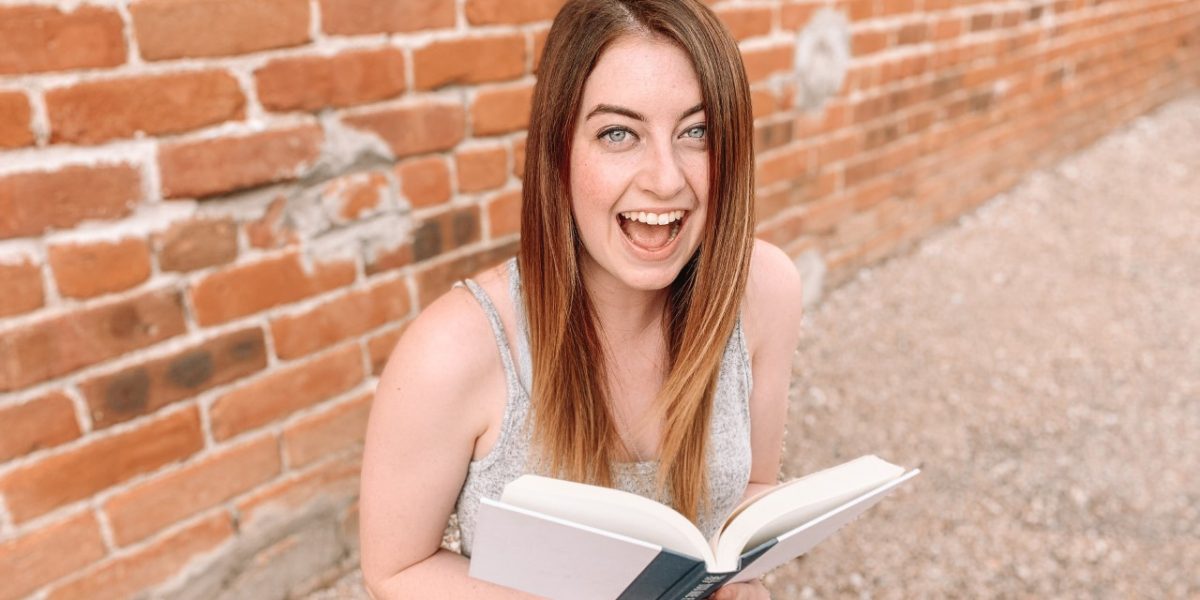 Several studies show that 80% of Americans desire to write a book, but the daunting task of making a book a reality drops the return percentage dramatically.

Alexa Holsten, a junior at Liberty studying psychology, knew she had a story to tell when she began writing a book a year ago. But she soon realized she wanted to share other people’s testimonies as well as her own story of her past.

“At the beginning, it was a lot of random stories from my life and others, and the way it ended up being organized was in the form of a list,” Holsten said.

This list structure led Holsten to choose the name “Listening to the List.” Holsten said people use titles to define themselves and they often come from “ourselves, what the world calls us, or what God calls us.” In the book, Holsten confronts these titles through sharing the stories of people who believed these titles defined their life.

“The book takes these titles and experiences and basically gives the story and the title that came out of that story and compares that title to what God would say in response,” Holsten said.

When her best friend in high school committed suicide, Holsten believed a title of “left behind” defined her from that experience. Holsten writes in the book how she overcame that title by placing her identity in God, not her circumstance, saying God calls her chosen and not left behind.

Holsten uses her book to focus on the stories of other women who have gone through drastically different circumstances, but they all find commonality in their redemption story.

While writing the book, Holsten said she reached out to friends who she “knew had stories that had pieces of wisdom to share.” One story came from an author that Holsten admires: Holly Kristine Hays. Holsten said that Hays has an incredible testimony of growing up and being forced into trafficking, facing abortion and homelessness, all before turning 21.

“I have seen in my own life and in the people around me the transformation that happens when someone places their identity in Christ,” Holsten said.

One week after starting her book last year, Holsten heard about a meeting that might help her get connected to editors and publishers. This group was called the Creators Institute, started by Eric Koester, a professor at Georgetown.

Once she was accepted into the program, Holsten began her journey of making this call on her heart a reality.

Koester’s objective with this group is to give an opportunity for college-aged authors to write and actually publish their work. Holsten says 30 to 40 college students on average publish books each year, so programs like the Creators Institute hope to increase that number.

When a student is a part of this program, they are given a chance to write a manuscript, get it approved by editors and connect with publishers. Holsten said her first draft manuscript was due during the summer, and she is now working with editors to pull it all together.

“Now we are really fine-tuning, but eventually we will send it out to my beta readers, people who get an advanced copy of the book to give feedback on, and from that it will go into designing, formatting the book and then printing from there,” Holsten said.

Holsten is now in the self-publishing phase for her book “Listening to the List.” Her publisher Brian Bies, who works for New Degree Press, is working to help Holsten fundraise through her pre-sale campaign.

“The program walks you through this process from start to finish, but also helps you with all the fundraising and those extra steps that a normal publisher doesn’t usually do,” Holsten said.

While Holsten has been working on her book, she has maintained a full-time student status as a psychology major, which she says has helped her with certain aspects of her book. A major theme of the book is mental health in the church and how to discuss the effects people’s negative self-image can have on their emotional and mental health.

“Being a psych major has helped me see how it all fits together and have the knowledge behind what I believe to be true, backing up my opinion on things,” Holsten said.

Holsten most felt the impact of her misplaced identity in high school and college, so she hopes to reach that audience through her book.

“My goal with this book is to be honest and have that authenticity so that others feel empowered and given the ability to be authentic with who they are and really share that with the people around them,” Holsten said. “I want to write the book that I needed in high school.”