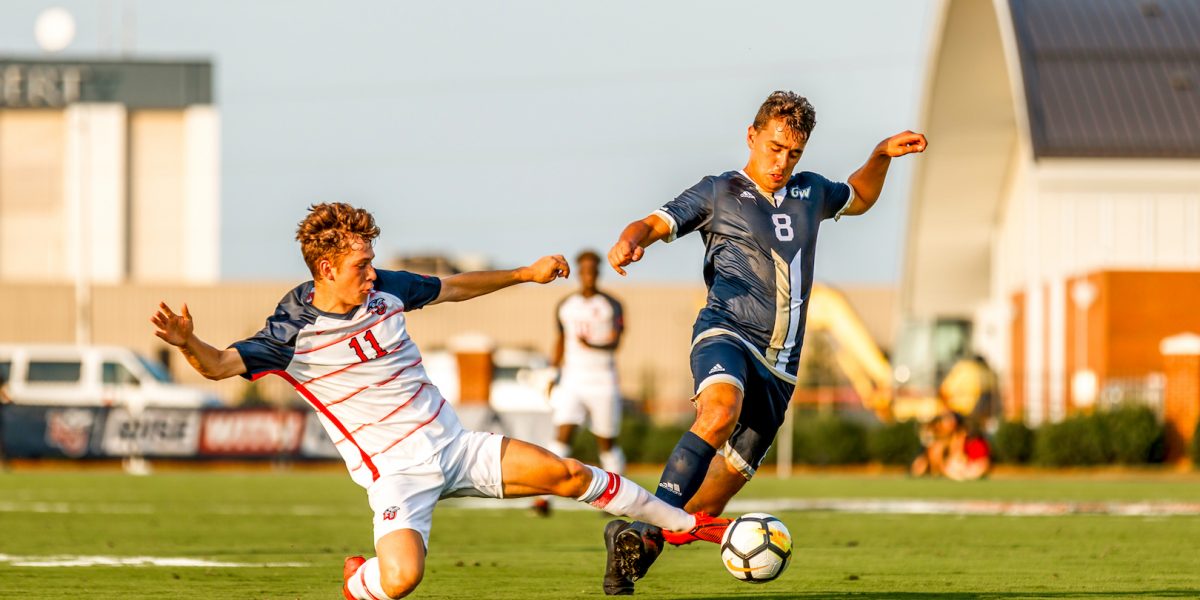 Freshman Seth Clark endured 23 hours of flight time to come to Virginia from his homeland of Darfield, New Zealand. That was just one of the numerous sacrifices and adjustments he’s made to play soccer for Liberty.

It can be hard for someone who has never moved internationally to understand the many differences, like food, living and time changes, that it takes to make such a transition. But so far, the quality of American food has pleasantly surprised Clark.

“The food is much better — I’ve only had one bad meal here,” Clark said. “My first day here, I had a stuffed shell … it was unbelievable. We don’t have food like that.”

Despite having to adjust to a new country and new culture, Clark does not need any introduction to soccer. He played for the New Zealand U-23 team that won its first championship in the 2019 Pacific Games, notching a goal in a group stage match against Samoa. His mother Maureen also played for a domestic club called the Football Ferns and inspired Seth to play the game.

Even though both mother and son have their share of experience in the game, they do not always see eye-to-eye on all things.

“We have a lot of arguments,” Clark said. “She’ll tell me how to play, and I think I know better, so we agree to disagree. I always wanted to reach her level.”

Clark’s talent first caught the eye of first-year coach Kelly Findley, who previously has had coaching stints with Mars Hill, Butler and North Carolina State, through a connection with Ben Sippola, one of Findley’s former players at Butler. Sippola is currently on staff with a soccer academy in New Zealand, and when Findley saw Clark’s film, he was impressed with what he saw.

“He’s very technical, he’s left-footed and has good insight,” Findley said. “I knew he was a hard worker – he was driven and very humble.”

Despite having much to offer with his skillset, Seth has experienced some difficulties in transitioning to the American style of soccer.

Even though Clark struggled at first to maintain the grueling pace of American soccer, Findley is confident in Clark’s ability thus far.

“His transition has been really quick,” Findley said. “You think about all the things international students have to deal with – time change, culture, being away from home, going to university – the American game is different. The thing that has impressed me most is his ability to transition, his work ethic, his determination to be successful – and he’s a great teammate.”

Clark’s success in midfield has been a bright spot in an otherwise difficult season for Liberty. The Flames are currently 4-8 and have had struggles offensively. But Findley believes that his squad is on the verge of breaking out and needs just a small catalyst on offense to open the floodgates.

“I feel like we are so close to making a great jump,” Findley said. “If we can score one goal, we can score 10. We need to execute in key moments, and I think we’ll
go flying.”

Clark shares his coach’s confidence about the team as the end of the regular season approaches.

“I think we could still make the NCAA tournament,” Clark said. “I still believe we can make the playoffs in our conference, and anything can happen in the playoffs.”

Liberty’s march towards that ASUN tournament berth will continue at 6 p.m. on Saturday, Oct. 12, with a home match against the Elon University Phoenix.