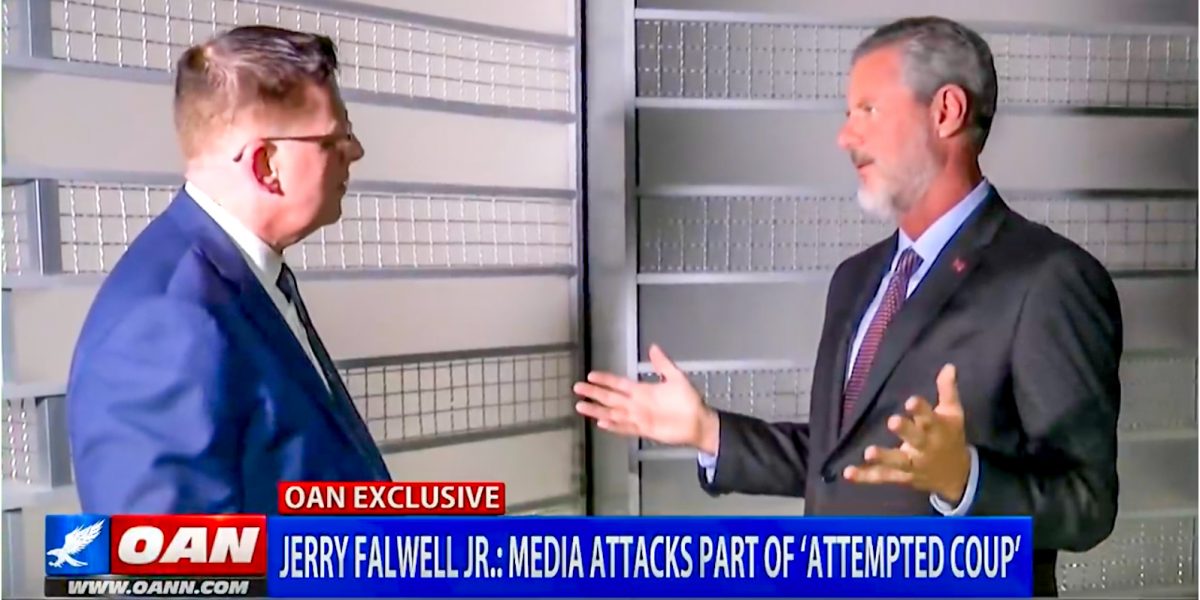 Liberty University President Jerry Falwell made his first television appearance since the release of allegations detailed in a Politico article in One America News (OAN) Sep. 25.

Falwell said the article’s claims had the intention of removing him from his university leadership position. He said this came as a result of the left’s targeting of him and Liberty University’s success as the 2020 presidential election approaches.

In his interview with OAN’s Neil McCabe, Falwell addressed many of the allegations made against him in the Politico article released Sep. 9 that accused him of engaging in unethical business dealing, among other claims. Falwell called this attack an “attempted coup” from former university board members.

“We explained it all,” Falwell said in the interview. “We’ve printed the truth. We’ve got nothing to hide. We’ve operated a squeaky-clean organization for decades, had clean audits (with) no findings in our financial aid audits, which is almost unheard of.”

Falwell grew up traveling around the country with his father and Liberty founder, Dr. Jerry Falwell Sr., to raise money for the university in its earliest days. President Falwell said that as a child he would sell vinyl records with sermons on them and books at events after his dad spoke to raise money for the young and financially unsteady institution, established in 1971.

Falwell began his career for Liberty as an attorney as the school struggled to make ends meet and fund paychecks every two weeks.

“That was the first 20 years of my career,” Falwell said. “Restructuring debt, dealing with lenders, and then all of a sudden we hit our stride.”

Falwell said his father dreamt of a school that had the academic offerings of a major university. Liberty University is now one of the largest Christian universities in the world and has a $2 billion unrestricted endowment. Liberty also boasts competitive academic programs at both the undergraduate and graduate levels and an athletics program that competes with the nation’s top teams.

Falwell said being “under attack” reveals even more who your friends are. During the first Liberty football game following the release of the Politico article, Falwell and his wife Becki visited the student section and invited dozens of Liberty students to join them in their private box.

“I’ve never felt so much love as I did in the football game the other (Saturday) night,” Falwell said.

To read the rest of Liberty’s response, read the statement released by the university at liberty.edu/news.