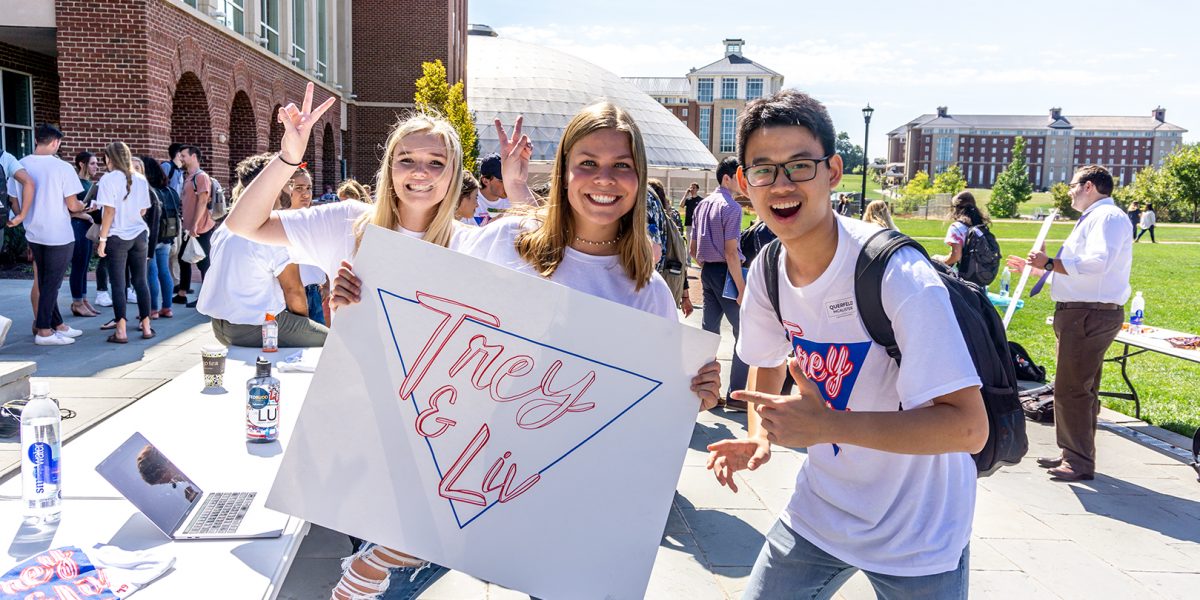 Following weeks of campaigning from students with election hopes, students voted for their class officers to serve as part of the advisory board to the executive branch of the Student Government Association (SGA).

The primary responsibility of student officers is to represent their class and bring their concerns to Derek Rockey and Esther Lusenge, the student body president and vice president.

Instead of the traditional class mixer that was held in years past, SGA hosted an event where candidates still gave speeches in a debate-like format. The class officer opponents debated over whose vision would best represent their class.

Candidates tabled in the Montview Student Union on Tuesday and Wednesday to campaign and rally students to vote for them.  They also were able to inform students about the role of SGA on campus. James Nyberg, the SGA election commissioner, said tabling is a way for SGA and the candidates to communicate with the student body.

After hours of campaigning, voting came to an end and the results were announced at 6 p.m. Trey Voggenreiter and Olivia Clapper secured the victory for freshman class president and vice president, respectively. Students elected Mitch Fischer and Victoria Wright for the sophomore class, Kay Merry and Kayla Caoili for the junior class and Peter Christofides and John Murdock for the senior class.

The newly elected candidates will serve as the voice for their classes for one year.