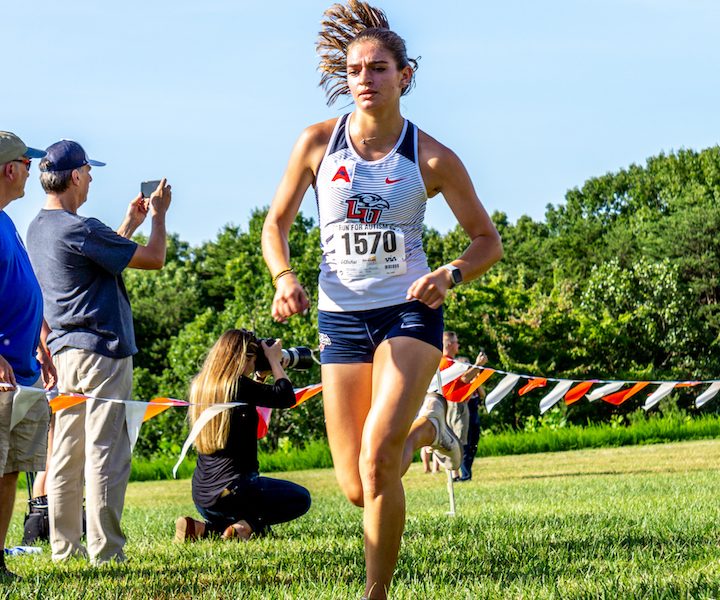 The Liberty Flames cross-country team will enter the 2019 season with numerous changes mixed with plenty of optimism.

The Flames overhauled their coaching roster this summer, adding first-time coaches Isaac Wendland and Rachel Johnson to the men’s and women’s programs respectively. According to Liberty’s website, Wendland was a star in his athletic career at Liberty, winning the Big South 1,500- and 800-meter crowns in 2013. He also possesses the school’s second-fastest time for the 1500, with a time of 3:34.91.

Wendland also coached the Jefferson Forest High School boys’ and girls’ cross-country teams, where they consistently finished highly-ranked in the VHSL finals, per Liberty’s website. Despite his success at the high school level, Wendland said that Liberty’s culture and a desire to provide stability at head coach prompted him to come back to the Flames.

“I love what this team did to me in the four to five years that I was here,” Wendland said. “They’ve had multiple coaches since I was gone, and one thing I really wanted to add to this team was consistency. … This team and this place is too special to have coaches coming and going.”

In addition to changes at coach, Liberty received a heavy influx of freshman. Seven of the 14 runners are freshman, and Nick Doan is the only senior on this year’s squad. Despite this challenging team dynamic of inexperienced collegiate athletes mixed with a few upperclassmen, Doan expects sophomore Felix Kandie and freshman Caleb Olsen to contribute immediately, and he relishes the challenge of being a mentor for the younger runners.

“I have the positive mindset of trying to elevate other people,” Doan said. “Helping the other guys out has been really encouraging.”

On the women’s side, the coaching team has another new addition in Coach Rachel Johnson. According to Liberty’s website, she has her own online coaching program called “Run World Coaching.” She also won four Big 12 conference titles in her collegiate career at Baylor University, which included consecutive steeplechase titles in 2014 and 2015 and the 2015 indoor three-kilometer and five-kilometer championships.

This will be her first coaching role, and the team chemistry and culture the program has in place is something that impressed her coming in.

“The talent level of this team is definitely great,” Johnson said. “The atmosphere we have built on the team is one where the girls are really encouraging and excited about running and making this a program where we are winning the conference and making it to nationals.”

One talented runner the Flames will rely on is junior captain Noel Palmer. She holds the Liberty record for the five-kilometer with a time of 17:09, and she finished second in the ASUN championship for the same event with a 17:46.1 mark, per Liberty’s website.

Palmer looks to maintain that personal success from last year heading into the
2019 campaign.

“I would like to be top-10 at regionals, and I would love to see our team there as well,” Palmer said.

With a combination of a promising crop of underclassmen and a steady core of juniors and seniors, Palmer said she thinks this could be a year to remember for Liberty.

“I think the team is looking stronger than it ever has before,” Palmer said. “I think we are about to see best finishes in championship meets for Liberty yet this season.”

The Flames dominated their first meet of the season when they hosted Virginia, the Virginia Military Institute and the University of Lynchburg Friday, Aug. 30. Freshman Adelyn Ackley led the women’s team in a 1-2-3-4 finish in the women’s four-kilometer while senior Felix Kandie led three Flames to the top five in the men’s four-kilometer.

The Flames will take the next course Saturday, Sep. 7, when they travel to Florida Gulf Coast University for the FGCU Invitational.